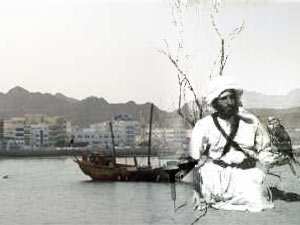 Archeological data suggests that people mainly belonging to nomadic origin have been the first invaders of this place, dating back to the 3rd century. Prime vocations of people during those times were fishing and herding of animals. Major areas which were inhabited  by these people include the area of Jebel Hafeet which is situated in close proximity to Al Ain, and on the isle of Umm al Nar.

The most civilized people among the early settlers, who invaded the city during the 16th century, were the bedouins  from the tribe of Bani Yas. The necessity of water coerced many families to make their journey towards the fertile areas of the city where this commodity was easily available.

The reign of Sheikh Zayed bin Khalifa proved to be the beginning of the golden age for the city when it signed its foremost trading treaty with Great Britain.

Unfortunately, the period of glory was relatively short lived, as the massive prospects of growth were struck badly by the intrusion of the Japanese pearl industry, accompanied with the economic turmoil which encircled the city during the 1930s.

Likewise, the period of fiscal slump was also prevalent in 1939, when  Sheikh Shakhbut bin Sultan Al Nahyan awarded  permission to the Trucial Coast Development Oil Company for the exploration of oil reserves in the country. In 1962, the name of the company was altered to Abu Dhabi Petroleum Company or ADPC when abbreviated.

Four years after this episode of progress, the ruler of the city turned his attention towards the formation of a federation in the country, primarily because of  warnings being issued from the British of extracting their support for the country  by 1971. The ruler was intelligent enough to realize that strong trade links with Britain were mandatory if the city was to reach unprecedented heights of progress on a global platform.

The city has unquestionably passed an exceptionally long period of troubles and turmoil to transform itself into a heaven on earth. Its sky talking buildings, panoramic beaches and breathtaking gardens are all a comprehensible manifestation that the city has turned from black to white within a period of 50 years, which have been the most crucial and the most pivotal  in its development.