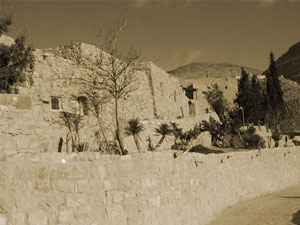 Amman has been settled for millenia. From the Chalcolithic Period (c. 4000 – 3000 BCE), Amman became the capital of the Ammonites as Rabbath-Ammon, which later fell to the Assyrians.  During the Greek and Roman period, the city was renamed Philadelphia (the City of Brotherly Love) and became an important trading center.

After the Romans left, Amman declined.  The region was controlled by a series of Islamic empires, from the Abbasids through the Ottomans. Amman was just a small town until the construction of the Hijaz Railway, which ran from Medina to Damascus, in the early twentieth century.  After the Ottomans fell, Amman and the rest of Jordan became the British Protectorate of Transjordan.


In 1946, Jordan gained its independence from the British and King Abdullah, a Hashemite, came to power.  Three years later, Israel was created, precipitating a massive exodus of Palestinians.  They mostly came to Jordan. Palestinians now make up about 70% of the 6 million residents of Jordan. The ruling elite continues to be the original Jordanians, with their tribal affiliations, their clans and their close family ties.  The two Gulf Wars created another refugee crisis, as millions of Iraqis streamed in.

There have been efforts to bring the different peoples of the country together. King Hussain spoke of the the peoples of his country as Mohajirs and Ansars, using old Islamic history metaphors to heal wounds. The present King Abdullah II is married to a Palestinian. King Abdullah has done well so far and has started a Jordan First program(Urdun Awallan), emphasizing the need to put the country first before any tribal affiliations.

Palestinians are now being encouraged to join the government and the security forces but not many have reached the top ranks. Palestinians tend to be urban, better educated and more business oriented rather than farmers. They are the business and financial backbone of the country.

In terms of food, there are also some differences. The Jordanian dish is the mansaf. It is lamb cooked in a yogurt soup served over rice. The Palestinian dish is the maqluba and it is rice cooked with chicken, eggplant and other vegetables and is served upside down ("maqluba").

Most men in Jordan wear Western clothes but some people also wear the traditional checkered head dress. These are sold at all tourist traps. It is only the Jordanians who wear the red shimmagh. The Palestinians wear the black and white checkered head dress. Wearing it has of course now become the universal statement of defiance, sometimes worn by celebrities who later regret wearing it when they are told what it implies. Most people just wrap the kuffiah around their necks any which way they feel like.

The Mohajirs (Palestinians) and the Ansars (Residents) of Jordan have come a long way and now see that even though there may be some differences between them, they have to work as one because their futures are tied together.