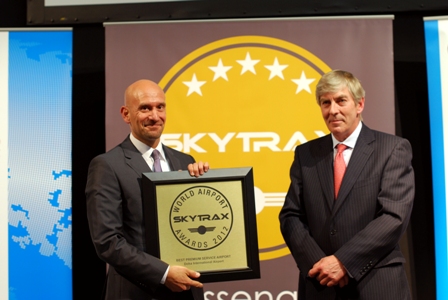 Qatar Airways-owned Oryx Rotana, a five-star hotel at Doha International Airport, has won the Best Airport Hotel in the Middle East award and ranked 10th best airport hotel in the world – a remarkable feat for a property open only two years.

A favourite among premium passengers worldwide, Qatar Airways’ Premium Terminal remains a unique facility in the world and, indeed, to the State of Qatar. Opened in 2006, the Premium Terminal is for exclusive use by Qatar Airways’ First and Business Class passengers and is renowned for its world-class facilities including fine dining, luxurious spa amenities, as well as business facilities for transiting and departing passengers.

“We’re extremely proud of our Premium Terminal, the first of its kind in the world to provide check-in, duty free, fine dining and transit services exclusively for our First and Business Class passengers,” said Al Baker.

“Our passengers always comment on how much they enjoy the experience of the Premium Terminal. It really is a one of its kind. Our focus on providing the best service to all our customers is what keeps us ahead of the rest and ensures we remain committed to delivering the ultimate in Five Star service both in the air and on the ground.

“After all, passengers’ entire journey experience starts at an airport and it is vitally important that airlines and airports deliver what passengers expect.”

Al Baker added that the Oryx Rotana was a great asset for the company, its first venture into the hotel business in 2010.

Oryx Rotana General Manager Kevork Deldelian said it was a real coup to win the award, given the high level of competition that the hotel faced across the region.

“We are so proud of this award – it symbolises all that we set out to achieve since opening our doors two years ago,” said Deldelian.

“Doha is growing at an incredible rate and with so many new hotels and restaurants planning to open, the competition is very high. But our commitment to delivering a Five Star service with the backing our airline parent company and our attention to detail is what makes our hotel a favourite not only among travellers, but locals as well.”

On winning both awards, Skytrax Chairman Edward Plaisted said: “We congratulate Doha International Airport and Qatar Airways on this fantastic achievement, winning the Best Premium Service Airport award. The Qatar Airways Premium Terminal remains a unique passenger facility worldwide, unmatched in terms of exclusivity and passenger amenities. With the New Doha International Airport due to open at the end of 2012, we will watch with interest to check that the quality of product and service remains at this award winning level.

“In a region where is seems there is a new luxury 5-star hotel opening each month, the Oryx Rotana Doha should be pleased with their success being named as the Best Airport Hotel in the Middle East. To deliver such exacting standards in one of the most competitive high end hotel markets is no small achievement, and the management and staff should be proud of their place as the jewel of Middle East airport hotels.”

Qatar Airways currently operates a modern fleet of 108 aircraft to 113 key business and leisure destinations worldwide. Last year was a landmark 12 months for Qatar Airways, which inducted 15 new destinations to its network, and won the coveted Skytrax 2011 Airline of the Year Award.

As part of its 2012 expansion programme, Qatar Airways launches flights to a further 11 destinations – Zagreb (Croatia) from May 9; Perth (Australia) from July 3 and others cities during the year, including Mombasa (Kenya), Zanzibar (Tanzania), Helsinki (Finland), Gassim (Saudi Arabia), Belgrade (Serbia), Erbil (Iraq), Baghdad (Iraq), Kilimanjaro (Tanzania) and Yangon (Myanmar). In February, the carrier launched services to the Azerbaijan capital Baku and Georgia’s capital city of Tbilisi, and last month began flights to Kigali, the capital of Rwanda in East Africa.

A small settlement on the Bank Peninsula and administratively a part of Christchurch, the Diamond Harbor is of scenic beauty with its shinning waters and green shrubs around the hilly areas. A few hours here can refresh tourists of the busy city life and open doors to many more activities like rock climbing, sailing, picnicking, cycling, swimming and snorkeling with dolphins. This route through di... 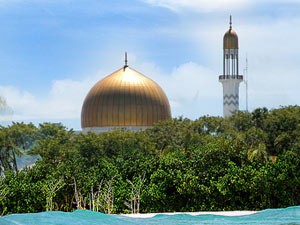 The Grand Friday Mosque is a must see for tourists. It is unique in design and the largest mosque in the Maldives. The mosque has been given the name Masjid-al Sultan Mohamed Thakurufaanu-al-A'z'am.  It also houses the Islamic Center, where several important seminars of international level such as the SAARC General Meeting have been held. Grand Friday Mosque has a large golden dome and stunnin... 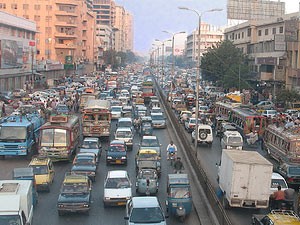 This is the most important road running through the city. Originally known as ‘Bander Road’ (meaning Port Road), it is the central road which connects all major parts of the city, and the road around which the city of Karachi gradually emerged. It starts at the seaport of Karachi, at Kemari and leading through the city ends at the Super Highway which connects Karachi to the neighboring city of Hyd...

Çiragan Palace's name is derived from the Persian word for torch (cherag).  It is so named because of the torches used to light the lavish parties thrown by the Ottomans in the late nineteenth century.  The palace was built by Sultan Abdulaziz between 1863 and 1867, though the decorating was not completed until 1872.  It marked the end of the contemporary Ottoman tradition of each s...