Middle Eastern tourists to Kenya on the rise

May 11 - The number of tourists from the UAE to Kenya increased to 13,000 in the overall 6.4 per cent increase to the region last year. "This may seem like a small number, but is very positive. We still performed, despite political crises we had, very well with the Middle Eastern market," said Cecily Mbarire, Kenya's Assistant Minister of Tourism, at the Arabian Travel Market last week.
Kenya has remained a volatile country since there has always been political instability and violence there. Things, however, have become better over the years said Mbarire. Political reforms undertaken via a referendum on a draft law changing the constitution to guarantee the next elections in 2012 will turn out peaceful, reassured Mbarire.

To see Romanian architecture at its best, visit the Athenaeum concert hall one evening. The domed white building is ornate in its style and glamour and is host to various events and mega concerts in Bucharest. It was inaugurated in 1988 and today houses around 800 people at a time. In the park outside there is also a statue of a Romanian poet to depict the history that is attached to the building.... 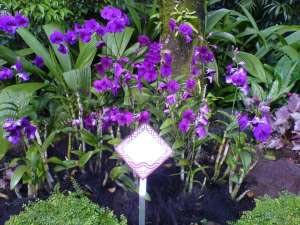