Emirates touches down in Mexico City

Emirates celebrated the inaugural flight of its new daily service from Dubai to Mexico City via Barcelona. The Emirates Boeing 777-200LR touched down in Mexico City yesterday at 16:15 local time, marking the airline’s first passenger flight to Mexico.

Emirates flight EK255, with a group of VIP guests and media on board, was welcomed by Mexico International Airport with a water cannon salute.

Salem Obaidalla, Emirates Senior Vice President, Commercial Operations, Americas said: “We are excited to start a new chapter in Emirates’ history, offering a seamless connection between Dubai, Barcelona and Mexico City. We expect this service to generate high demand and enhance business, culture and leisure connections as well as boost tourism and commerce between these markets.”

Mexico City is the largest city of Mexico and the most populous city in North America. Mexico’s capital is one of the most important cultural and financial centers in the Americas, accounting for nearly a third of the nation’s GDP. Located in the Valley of Mexico at an altitude of 2,240 meters, the city is famous for its historic centre known as Zocalo, a designated UNESCO World Heritage Site. Mexico City is also an important trade and industrial city, specifically in the automotive, medical supplies and pharmaceutical industries.

Nationals of Mexico, Spain and the UAE do not require visas to travel to any of the three countries and Emirates’ new daily service will allow travel between these destinations in style and comfort. Emirates flight EK 255 departs Dubai at 03:30 local time, arriving in Barcelona at 08:00 before departing again at 09:55 and arriving into Mexico City at 16:15 on the same day. The return flight EK256 departs Mexico City at 19:40 local time, arriving in Barcelona the next day at 13:25. EK256 departs once again from Barcelona at 15:10 bound for Dubai where it arrives at 00:45 the following day. 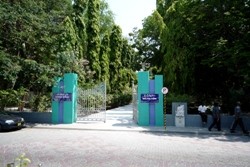 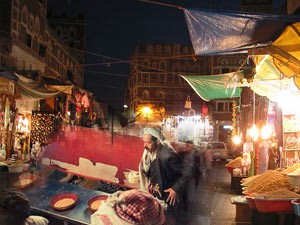 The best preserved relic of a thousand years of Islamic rule, this is the richest marketplace in all the Arabian Peninsula. It is a large, open-air market, covered in patches by plastic, fabrics, wooden planks, hides, and any other material that the locals could find, giving a literal manifestation to the symbolic merging of cultures and ethnicities within the city. Divided into sections according...

Built before 130 A.D by the famed Roman emperor when Athens was under Roman rule, this is a splendid architectural site. Of the 100 columns of marble that supported this structure, only eight now remain.   Timings: Tuesday- Sunday 8 30 A.M- 3 P.M. Address: Areos and Dexippou  ...