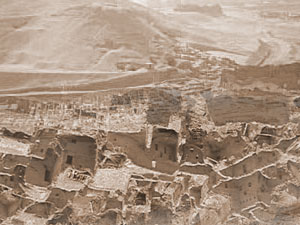 Madinah (originally known as Yathrib) is an extremely old city. It existed hundreds of years before the advent of Islam. The city, situated on a plain surrounded by hills, has abundant water supplies, vast date palms and vegetable gardens. Thus, in the past Madinah became a supplier of food and water to trade caravans on the move from southern parts of the Arabian Peninsula to Syria and Egypt along the Red Sea.

The Prophet Mohammad was born in 570 A.D. in Makkah, a city some 200 miles away from Madinah, and he received the first verses of Quran in 610 A.D. Islam was then considered a major threat to the powerbase and livelihood of Makkah’s ruling elite and therefore the converts to Islam were threatened, harassed and persecuted. The people of Yahtrib offered a safe haven to these converts, as they had heard a lot of the Prophet’s reputation for sincerity, honesty and character. Several envoys had even succeeded in converting some of the people of Yathrib.

Thus, because of the warm gesture, the Prophet began the process of emigration (known by muslims as Hijrah) by sending the new Muslim converts in groups to Yathrib from Makkah. Eventually he arrived himself on September 622 AD. This marked the first year of the Islamic calendar and the formation of the first Islamic State.

Two mosques are worth visiting due to their significance in the history of Islam. One is Masjid Al-Taqwa (Mosque of Piety) at Quba in the outskirts of Madinah. It is the first mosque in Islam built by the Prophet on his way to Madinah in 622. The second is Masjid Al-Nabawi, the most venerated mosque of the Muslims after the Haram of Ka’abah in Makkah. The Mosque, built by the Prophet(PBUH) himself and supported by trunks of standing palm trees, soon became the hub of all religious and international relation matters of the Islamic State.