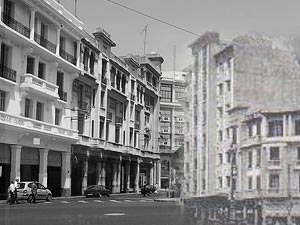 Casablanca (Dar el Beida) in Moroccan Arabic or ‘White House’ in English, was a tiny Berber settlement during the 7th  century. Anfa, a minor independent country emerged within the area due to the Arab Muslim rule. By the 14th  century, with the help of Merinids, Anfa became a major port. By the 15th century, the town became a self-governing state once again. The Portuguese, ruined this town in 1468, eventually attacking the local pirates of the region. The Portuguese constituted a military fortress in the year 1515 with the remnants of the city. The town that emerged here was named Casablanca, which meant White House in Portuguese language. But most of this town was later on destroyed during 1755 due to a severe earthquake, forcing the Portuguese to leave.

The town was renovated and restructured by the grandson of Moulay Ismail and ally of George Washington named Sultan Sidi Mohammed III during the year 1756- 1790. The town was identified as Dar el Beida, the white house in the Arabic dialect and Casa Blanca in the Portuguese language.

Casablanca emerged as a port, after the French invasion and with the entrance of French colonists in the area, the local natives started a riot against them. With the French colonization there was sufficient amount of confusion and threat faced by the Moroccans. It was in 1943, that Churchill and Roosevelt discussed the advancement of the war at the Casablanca Conference.
Later on, Morocco gained its freedom  on 2nd of March 1956 from the French dominion.
Today, Casablanca is considered Morocco's economic and business capital while Rabat is its political capital.