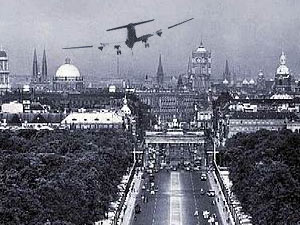 Berlin has had an illustrious history, if a relatively short one, and has been in the hands of five forms of government, all in the 20th century. Berlin was only founded as a city in the 13th Century and was initially a small town. It was amalgamated with neighboring CölIn (which is the current Neukölln) to make a town of 8000 residents.

In the early 18th Century, Frederick I began the Prussian Empire, making Berlin the capital and royal residency. His successor, Frederick II, known as Frederick the Great, built the now famous Brandenburg Gate and a stone wall around the city. Going into the 1800s, Berlin was prospering. An invading French army was defeated, the economy was stable and the city was the fourth largest in Europe. The industrial revolution also made it a transport hub. In 1871, the German Empire was established with Berlin still the capital and Wilhelm I as emperor.

In this time, the U-Bahn was developed and surrounding suburbs were increasingly industrialized and urbanized. There were then 800, 000 inhabitants. World War I (1914-1918) dealt a hard blow however, and Berlin subsequently became a political battleground.

The Weimar republic was what Germany was proclaimed to be in 1918, still with Berlin the capital. As the twentieth century moved on, Berlin expanded and repaired itself, but the harsh punishments inflicted by the League of Nations had crippled the economy. In 1929, the Nazi party won its first seats in the Berlin city parliament and Adolf Hitler became the German Chancellor in 1933.

The governing system changed again, now being the Third Reich. Racism against anyone not ‘Aryan’ was slowly infiltrated through the population and when the 1936 summer Olympics were held in Berlin, the ‘Forbidden for Jews’ signs were temporarily removed so as not to make the city seem unfriendly to visitors.

World War II (1939-1945) made Berlin a shell-shocked mess that made recovery extremely difficult. The city was heavily bombed by the allies and by the end of the war, was mostly in Soviet hands. The Soviet Union gave up West Berlin to Allied forces in 1945, separating Greater Berlin into 4 parts, under the control of the United Kingdom, France, the USA and the Soviet Union.

East Germany kept their part of Berlin as the capital while West Germany chose Bonn as theirs. The unrest caused by the divisions was a natural starting point for the Cold War. The Berlin Wall started to be constructed in 1961 by the Soviet government to stop the escape of East Berliners to the West. The wall stayed up till 1989 when increasing protests caused its eventual destruction to the relived sighs of the most of the world. Berlin was reunited and has been increasing in power, tolerance and freedom ever since.