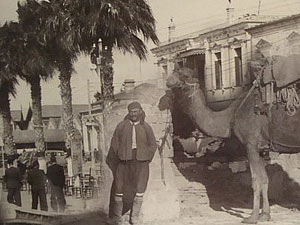 Originally known as Kition, Larnaca is the oldest city in the island of Cyprus. Its ancient history traces back almost 6000 years, with the Mycenaean Age around 1400 BC. It established itself as the main seaport with the arrival of the Greeks during the 13th Century BC. With attacks, revolts and invasions from many different people like the Turks, Greeks, Persians, Egyptians, Romans, French and the British, the influences over the culture of Larnaca is very strong and varied. The most important era in Larnaca history can be the Byzantine period, which left behind a number of noteworthy monuments and architecture. After the invasion of Turkey in 1974, Larnaca was one of the main southern cities to receive refugees from the north, making it the fastest growing city in the country in the shortest amount of time.