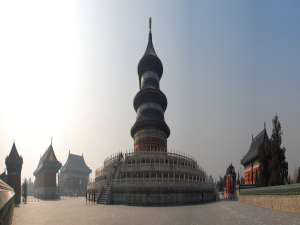 Historically Beijing has always been an important city of China- it has always played the role of 'capital' on and off since hundreds of years ago. It was in the 1260s that it became renowned as the 'Great Capital' during the reign of Kublai Khan the Mongol invader. Beijing also known as Peking thus attained great importance as the seat of power of the Mongolian Empire. After the fall of the Mongolian Empire, however, Beijing lost its status as capital city not to be attained again until the early 1400s when the Ming Emperor restored this position to it. Beijing once again lost its status as capital in the early 1900s but regained it with the Communist take over in 1949. Beijing has, thus, grown in importance and in size throughout the last 1000 years. China is famous for its dynasties and during the Yuan, Ming and Qing dynasties Beijing was a significant city and many of its attractions date back to this period- these include the Forbidden City primarily, the Temple of Heaven and many other Taoist temples. Beijing also grew with the Communist takeover and it owes much of its colorful history to this period. Tiananmen Square was built during this period.