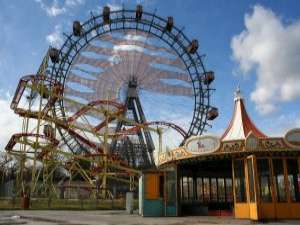 Although Vienna is generally a city for grown-ups - intellectuals, thinkers, and artists - it also caters to children, of all ages and sizes. The numerous festivals around the city are enjoyed by the general population, and the many monuments and parks are frequented by local and visiting families everyday in large numbers.This is why many of the tour guides in the city have special packages for families, where an involving and entertaining experience for the whole family is catered to.

Apart from the general visits to the many of the tourist attractions in town, there are some places especially designed with the younger audience in mind.

Minopolis- The City for Children

Minopolis is a miniature-sized city built on 6,000 square meters, where four- to twelve-year-olds can act as gown ups, and take on their dream jobs in 25 different and unique theme stations including engine driver, doctor, journalist, firefighters, and chefs. Minopolis is sure to delight children, as it offers them high levels of role playing adventures.

The largest amusement park in Vienna, the Prater, with over 250 different stands and attractions, from a traditional merry-go-round to the ghost train to ultra-modern highlights such as the "Ejection Seat" which can eject you to heights of over 90 meters into the sky, this is the ultimate delight for any child, aged 0 and up!
Events like Family Sundays, Vacation Games or Prater Fairs regularly take place all year round.
The Giant Ferris Wheel (Riesenrad) - which is more than a hundred years old, but still reliable and efficiently functioning - at the Prater amusement park, offers an amazingly magnificent view of the city of Vienna from a bird's eye perspective.

Enchanting journeys through the mysterious cosmos are offered by the 'Kuffner Sternwarte' and the Planetarium. In suitable weather conditions, one can also look at the stars with the large telescope (constructed in the year 1889).
Guided tours suitable for children 8 years and up
The Kuffner Planetarium has family days every alternate Saturday each month at 5pm. These guided tours consist of interesting slide shows and presentaions, the viewing of the large telescope and, in case of permissible weather, an astronomic observation.
Guided tours take place all year round, while observations with the telescope are only possible during good weather.
Tickets: Children 4 Euro, adults 6 Euro
Workshops and additional guided tours: www.kuffner.ac.at

One Sunday a month (except July and August): Family Day at the Planetarium. This is when the space mouse Yanni takes children from age 8 and up on adventurous space missions. New and exciting things about the planets and moons in the solar system are revealed  during the breathtaking journeys through space and time.
Additional information on the programs at www.planetarium-wien.at
Children (up to 4 years of age) free, children 6 and up 6 Euro, adults from 8 Euro

A computer guided telescope is on hand to give visitors a peek into the magical world of space in Urania, the oldest planetarium in the center of Vienna.
Guided tours on different topics are available. More details on the website.
Duration: 1½ hours during any weather!
www.urania-sternwarte.at
Children (4 years and up) 4 Euro, adults 6 Euro

This is the oldest fully functional zoo in the world and the second most popular paid attraction in Vienna (after Schonbrunn Palace). It was established as a private menagerie by Emperor Franz I, husband of Empress Maria Theresia, in 1752, and the common public was let in at the end of the 1770s. But exotic animals have been on display here since as early as the 1500s.
Unfortunately, there is little display information in English - but heck, do children really need that? They're here to see wildlife, and that's what they get to see, to their heart's desire. A good half-day or more can be spent at the zoo without having to worry about kids pestering you - they will have something new to look at, to feel, and even to eat, every minute.
The zoo is open 365 days a year from 9am, closing between 4.30pm and 6.30pm depending on the time of year. Tickets are not cheap at €12 for an adult (€ 4-5 for children).
To find the zoo, follow the instructions for getting to Schonbrunn. It's signposted everywhere.
Address: Schloss Schonbrunn, 1130 Vienna
Website: http://www.zoovienna.at/

More Places to visit in Vienna 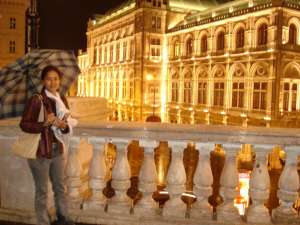 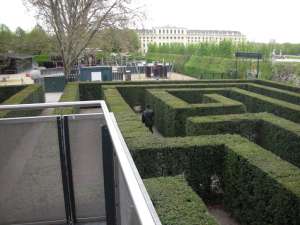 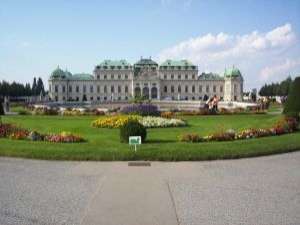 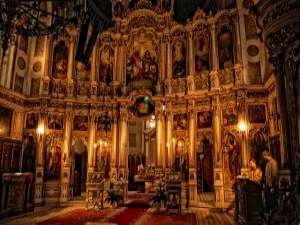 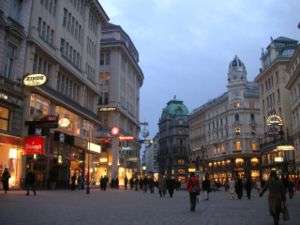 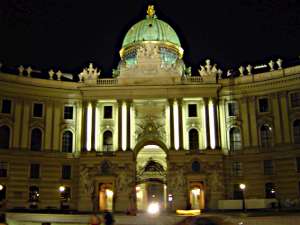