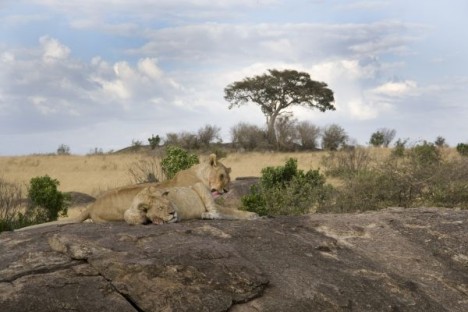 As African hotels continue to boom, Virgin has announced that it is to become the latest name to move into the continent.

The Mahali Mzuri camp will hold double-occupancy tents, meaning a maximum of 24 people at one time, with fully inclusive services set to include meals, drinks and daily game drives around the area.

The small numbers are a nod to what Virgin describes as “low density tourism,” with the firm promising that environmental footprint will be minimized, despite the creation of jobs for 50 people. Rates will start at $580 per person, per night, the firm said.

Rapidly developing Africa has become among the world’s top destinations for hotel firms, with 208 new hotels set to open over the next five years.

According to a report released by the W Hospitality Group, Accor is the fastest builder in Africa by a fair distance, building 36 hotels over the coming five years.

After Accor is Carlson Rezidor with 25 hotels, followed by Marriott with 14, Movenpick with 12, Hilton with 11, InterContinental with nine, and Starwood with six hotels.

Situated in the vaults underneath the Royal Palace, The Royal Armory Museum is truly a historical treat. The museum’s collection spans over 500 years of royal history replete with sagas of love and murder, weddings and death, victory and defeat. While at the museum, you can enjoy everything, from royal costumes, weapons, armors and carriages to preserved stomach contents of conspirators and assass...

The original design of this church (dating back to the 16th century) was originally commissioned by a sea captain who had almost been lost at sea and, upon his safe return, decided to build a church. The design was later revised which led to its present day grandeur. This church is one of the wealthiest and largest churches of Brazil. The design itself is a combination of the Baroque and Renaissan...