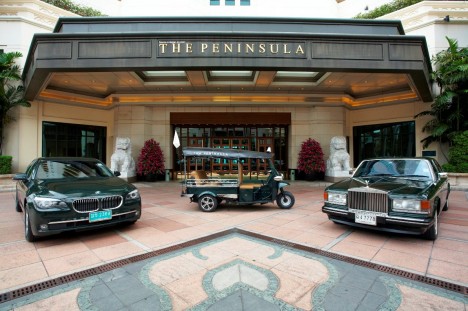 The Peninsula Bangkok has added a distinctively Thai touch to its hotel transportation fleet, in the shape of its very own exclusive Tuk Tuk.

This enjoyable three-wheeled vehicle is a mode of transportation synonymous with the exotic destination of Thailand.

The hotel’s brand new, customised Tuk Tuk – complete with complimentary Wi-Fi and cold towels on board for guests – is finished in the signature Peninsula Green.

It joins The Peninsula Bangkok’s existing fleet of ten BMW 730Ld luxury cars and two Rolls-Royce Silver Spurs, which are used as hotel limousines, and a helicopter.

You are also offered the convenience of The Peninsula Bangkok’s own fleet of four riverboats, which operate between the hotel and nearby piers, including one situated next to the city’s Skytrain network for easy travel around Bangkok. 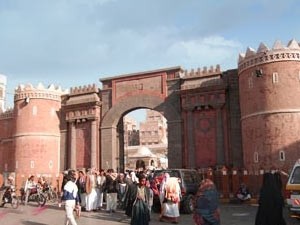 The seven centuries old, 40 feet high mud wall that goes around the old city is also quite well-preserved, and is a sight in itself. It contains the Bab-al-Yemen, a large portal that celebrates the entrance into the old city. Out of the original six gates that marked the entry into Sana'a, it is the only one surviving in its original shape. Slip into a time warp as you pass through the large gate,...

A simple yet poignant monument to the Jews shot and thrown into the Danube by the fascist Arrow Cross Party in 1944, you’ll find this monument south of V Kossuth Lajos ter. Sixty pairs of cast iron boots and shoes circa the 1940s are scattered on the river’s bank. Location: V Pesti also rakpart   ... 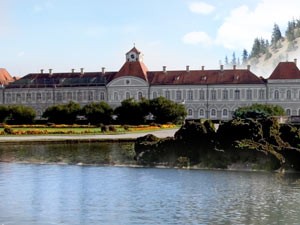