Wimborne May Twin With Omani Town

Wimborne, Britain councilors are supporting a campaign for the town to be twinned with a town in Oman. The Dorset’s town council approved the proposal and hopes it will boost Wimbornes profile and increase tourism and business links between the two towns. Wimborne is currently twinned with two towns – Valognes, France and Ochsenfurt, Germany.

A council official said “Culturally, we’re very similar so we’d like to extend the hand of friendship.”  He said there are benefits of business cooperation and tourism because “our residents can visit Oman, and hopefully they’ll do the same here.”    The twinning bid is expected to be complete by the end of the year and the council will now try to win the support of the towns 6,400 residents.   Oman is the oldest independent state in the Arab world with ties to Britain dating back to the 17th century.

If you want to take a trip to the ancient past, then simply stroll down Islamic Cairo and you will soon find yourself surrounded by remnant buildings of medieval Cairo. Tourists are mainly attracted to this area because it is rich in historically Islamic monuments such as ancient mosques, 1,500-year-old markets, and medieval forts....

More than 100,000,000 Americans can trace their ancestry through Ellis Island.  One million people per year entered the United States through here at its peak.  On April 17, 1907, 11,747 immigrants arrived in a single day.  All told, twelve million people came to America through Ellis Island.  New arrivals generally spent between two and five hours here, answering quest and get... 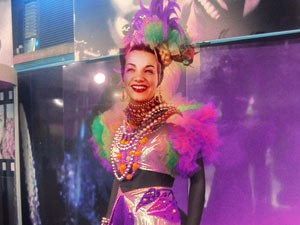 Famous during the 1940s and 50s, Brazil’s most famous singer may be forgotten in Hollywood but she is still revered here. The museum has recordings of her singing and photographs of her everywhere but the big attraction is the starlet’s iconic costumes and jewellery. Address: Facing Av Rui Barbosa 560, Flamengo Tel: 2551 2597 Opening Times: 10am-5pm Tuesday-Friday, noon-5pm Saturday and...