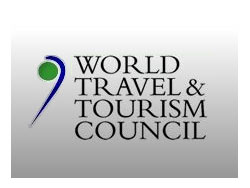 The organization representing the world’s foremost private-sector travel and tourism businesses has reacted with dismay to reports that up to half the staff at the Department for Culture, Media, and Sport could face redundancy under government austerity cuts this year. The World Travel&Tourism Council (WTTC), whose members come from many of the biggest tourism organizations and have significant interests in the UK, is protesting cuts that could “stagnate” growth in the sector.

“Yet again, this coalition government has shown incredible short-sightedness and bad judgement," said Jean-Claude Baumgarten, president and CEO of WTTC. “The travel and tourism economy is worth £140 billion to the UK, a similar share of GDP to the financial and business services sector (10.1 percent compared to 9.2 percent, respectively, in 2009), but while the latter received a bailout to the tune of £850 billion and still struggles in its lengthy recovery, the government appears to be actively working to stagnate growth in travel and tourism.”

WTTC points to the UK government’s pledge to prevent expansion at London’s biggest aviation hub – despite the threat of increasing competition to the title from other European airports – the overreaction to the volcanic eruption, the continuing challenges of visa processes and procedures, and unfair taxation from Air Passenger Duty to a VAT increase, which will raise the prices of many of the services offered to visitors.

These, coupled with potential cuts to the department responsible for supporting Britain’s leading tourist institutions – and promoting those institutions to the world – could harm the travel and tourism industry which supports 3.1 million jobs and attracts £24.3 billion in visitor exports in the UK.

“If it continues down this path, the UK will quickly lose its competitive advantage and find itself fall from the top ten league of international destinations,” continued Baumgarten. “We are not asking for a handout, but the private sector needs this government to implement policies that will help it thrive and quickly create new employment opportunities to help bring the UK further out of recession.”

WTTC plans to meet with the Prime Minister to raise his understanding of the potential of the travel and tourism industry – and the challenges it faces – and get his government’s support. 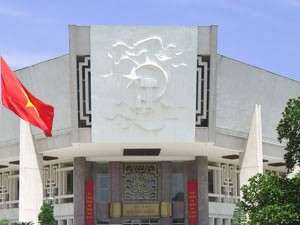 The museum is a tribute to Ho Chi Minh's life; and cause, and there are personal items, photos, and documents detailing the rise of the nation's Communist revolution. The museum is closed on Mondays and is open to the public from 8am – 11.30 am and again from 1.30pm – 4pm for the rest of the week. Address: 3 Ngo Ha, Hanoi ... 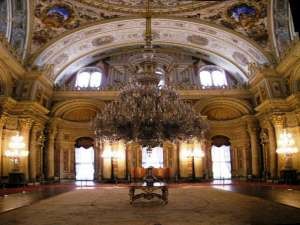 Dolmabahçe Palace served as the administrative center of the Ottoman Empire from 1856 to 1887, and again from 1909 until the end of the caliphate in 1924.  It was constructed on landfill (the name means ‘filled-up garden’) and took thirteen years to complete.  In the early years of the Republic, Mustafa Kemal Ataturk used the palace as his summer residence.  He died here in 1938.&n...

The Al Maqta Fort is over 200 years old. It has been extensively renovated over the years and stands majestically at the edge of the island. It was built to keep bandits at bay. One of the few forts remaining in Abu Dhabi, this provides a fascinating contrast to the modern bridge.                   ...

The first integrated theatre of the city, it played a crucial role in the efforts against apartheid and is home to an art gallery, three theaters and a very famous restaurant, the second Moyo.   Address: 121 Bree Street Telephone: +27 (0)11 832 1641 Website: http://www.markettheatre.co.za/ Opening hours: Varies, depending on production  ...