As evidence mounts about the failure of the European Union (EU) Package Travel Directive, World Travel Market's (WTM) World Responsible Tourism Day’s Thursday program is to try to unravel the problems causing what is described as “a nightmare of non-stop confusion, a complete muddle.”

A pile of evidence has been collated by the EU on the issue with countless submissions by industry associations.

World Travel Market hopes that by highlighting it at the event, attended by more than 100 tourism ministers, the session will help play a part in its resolution.

“Time and again consumers are coming unstuck about what are their rights, while at the same time, the industry is not even sure who should be paying refunds when travel companies go bust," said Fiona Jeffery, chairman of World Travel Market.

“The failure of struggling companies, the ever present threat of holidaymakers who go online to buy several travel products and incidents such as the volcanic ash crisis have all proven that the directive is simply not working.

“It has become a nightmare of non-stop confusion, a complete muddle that is causing considerable hardship and heartache to both consumers and the industry.
The EU says that more than half of all people who buy flights, hotel rooms, and hire cars online risk being left without compensation if companies fail under outdated law. A total of 56 percent of travelers are estimated to use the Internet, rather than high street travel agents to organize their own trips, but protection safeguards have not been put into place to deal with the digital age.

Although the WTM World Responsible Tourism Day keynote events will take place on the actual day, Wednesday, November 10, an expanded Thursday program will also challenge and examine some of the problems facing responsible tourism.
The question of how the industry can be sure that the economic benefits of travel and tourism go to the communities that most need them will be dealt with in the “Poverty Private Sector, Beyond Trickledown (12:30 pm, NG Room 6/7, Thursday, November 11).

Later in the day, the WTM World Responsible Tourism Thursday Program will delve into an equally-controversial subject, which, unlike the EU Directive, has received little publicity.

Tourism to sacred sites is a fast growing sector, often related to ancient places of worship. Sacred destinations and places of pilgrimage associated with the mainstream faiths such as Christianity, Islam, Hinduism, Buddhism, Judaism, and Sikhism will be examined in this important and intriguing session, chaired by Dr. Simon Woodward, International Centre for Responsible Tourism ("Travel to Sacred Sites," 1400 hours, NG Room 8, Thursday, November 11).

Joining him will be the Very Reverend Michael Sadgrove, the Dean of Durham Cathedral and a noted theological author, talking about the cathedral and surrounding World Heritage Site; Nayef Al Fayez, managing director, Jordan Tourist Board on the Baptism Site in the Jordan Valley; Ozgul Ozkan Yavus, director for tourism and promotion, Istanbul 2010 on the principal mosques in Istanbul; and Fleur Burrows, consumer marketing manager, Tourism Northern Territories, Australia, who will speak about Uluru, the ancient Aboriginal site, better known as Ayers Rock.

Museum of History is another landmark of this area. Established in 1975 when it became a separate entity, it finally got its permanent home only in 1998 on 100 Chatham Road, South Tsimshatsui. This colossal museum has the same colour planning as the Science Museum next door. If one is a history enthusiast, this is the place to go to. Intricate details of the history of Hong Kong can be found here.... 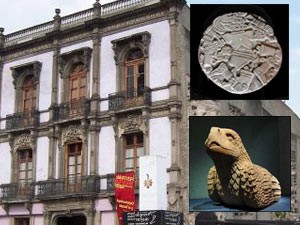 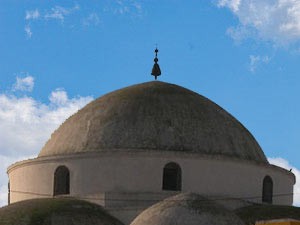 Named after the patron of Tunis, Sidi Mahrez Mosque has a very powerful presence in the medina. Depicting Turkish architecture at its peak, the mosque was made by the Ottoman rulers during the 17th century to give reverence to the pious saint and as a token of gratitude for his contribution in opening up ramparts and mosques in the city. As an ancient rule, only Muslim tourists are allowed to ...