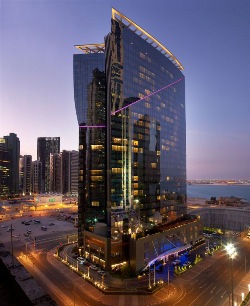 By recreating a forest in the hotel’s vast lobby this Saturday night, W Doha will join millions around the world to send a powerful message about hope for a brighter future for the planet.

In observance of Earth Hour, the global environmental awareness event created by the World Wildlife Fund (WWF), this Saturday 26th March W Doha will turn off its lights and turn on the sounds and smells of a forest, right across the hotel’s vast two storey lobby, to raise awareness of deforestation and the depletion of the earth’s natural resources.

Last year, Earth Hour 2010 became the biggest Earth Hour ever. A record 128 countries and territories joined the global display of climate action.  Iconic buildings and landmarks from Asia Pacific to Europe and Africa to the Americas switched off. People across the world from all walks of life turned off their lights and came together in celebration and contemplation of the one thing we all have in common – our planet.

“This year W Doha is making its contribution to Earth Hour’s global happening in two different but complimentary ways – by recreating a forest in the hotel’s Living Room to raise awareness of deforestation and the depletion of the earth’s natural resources and turning off our lights to save energy,” said Safak Guvenc, General Manager, W Doha.

This year will mark Starwood’s third annual participation in Earth Hour, making it one of the biggest worldwide companies to make a global statement with a voluntary hour of darkness.

W’s loyalty program, Starwood Preferred Guest (SPG) has enlisted its members to participate in Earth Hour by offering to light up their Starpoints balance with 100 extra Starproints when they pledge to observe Earth Hour by switching off their lights for one full hour on Saturday, March 26. 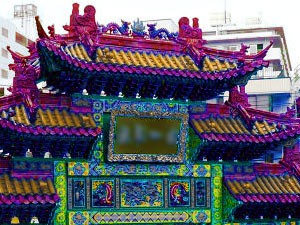 Inhabited by the largest ethnic minority in the country, the Chinese of Vietnam, Cholon is a bustling commercial center and a distinctly different city from Saigon.  Within the district, where you can find shops, temples and restaurants, make sure to check out Binh Tay Market, which sells medicines, spices, fresh produce and poultry and the temples around it- Qun Am and Thien Hau, as well as ...

1. Waves Waterpark The water park has lots of thrilling rides to keep the children entertained. It is the perfect place to relax and have fun especially for children who are bored of shopping and visiting tourist sites. The lower level has wave pools, river rides and slides as well as fast food outlets for the kids. The upper level has a quieter pool and restaurant area. 2. Kin...

The city’s most popular pedestrianized area, the Sabana Grande is focused on a one-mile long boulevard. Absolutely no vehicular entry is allowed – a law that is strictly imposed only in this locality in Caracas. The boulevard is popular for its many chic boutiques dotted along here and there – lots of variety, plenty of bargains, and quite a number of pickpockets! The eateries and coffee sh...