May 5 - Around 500 Umrah visas have been issued for Iranian pilgrims, said Saud Al-Sulimani, customer relations manager at Bab Al-Umrah, one of five Umrah service providers in Jeddah. He said the first batch of pilgrims should arrive in Makkah in a few days. This news is encouraging for Umrah service providers and related businesses who have been running into losses since pilgrims were Iran have not been coming for the last three months.
Iran's Sazman-e-Haj (Haj and Pilgrimage Organization) had announced in January when the new Umrah season was about to start that Iranian pilgrims would not be performing Umrah until further notice. Last year, 866,147 Iranians performed Umrah. The figure was almost a quarter of the total Umrah pilgrims from all over the world.
Meanwhile, Al-Sulimani said since the Iranian pilgrims are starting three months late, achieving last year's figure was not possible, and that up to 350,000 Iranian pilgrims should be expected by the end of the Umrah season in early Ramadan. 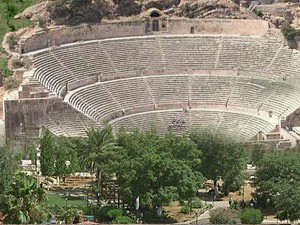 The amphitheater in downtown Amman is the most magnificent remnant of Amman's Roman past.  It was built around 170AD at the height of the Roman empire, when Amman was known as Philadelphia.  The capacity is upwards of 6,000.  Amphitheaters were the heart of Roman civic life.  Citizens would gather there to watch plays and discuss politics.  The Nymphaeum, an impressive Rom... 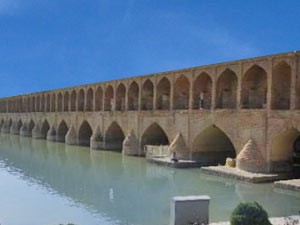 Address: downstream along the Zayandeh River. The simplest way to enjoy the Zayandeh area while avoiding noisy, huddling crowds is to take a walk down the paved promenade that runs parallel to the course of the river. An especially well-liked area is the downstream path from the Si-o-Seh to the Khaju Bridge. Splendidly landscaped, with colorful floral beds, charming sitting and resting sp...

This is a fantastic aquarium that is absolutely massive. Children and adults alike will love to watch the sharks and penguins being fed and can gaze for hours on end at the under water creatures through the glass which encloses the deep reef zone.   Address: Th Phra Ram 1 Tel: 02687-2000 Website: www.siamoceanworld.com  ...

Known as “King's Way" Rajpath is the most important road in India because it is littered with governmental buildings including the parliament house of India. The road runs from Rashtrapati Bhavan to the National Stadium and has a lovely floral view with several lawns, trees, and ponds found along the sides. However, the most delight full of views is the sight of Rashtrapati Bhavan, whi...