Arabian Travel Market, the leading travel exhibition in the Middle East, has seen strong demand for exhibition space ahead of this year’s event, particularly from companies within the UAE.

Both Dubai and Abu Dhabi experienced ongoing growth in visitor numbers over 2010, with this set to continue throughout 2011 and beyond. According to the Dubai Department of Tourism and Commerce Marketing, the number of hotel guests in Dubai reached just under six million (6% growth) between January and September 2010. Similarly, a report from the Abu Dhabi Tourism Authority states that visitors to the UAE capital increased by 18% last year.

Tourism to the UAE has been boosted by a number of initiatives, including international sporting events such as the Abu Dhabi Formula 1, as well as a plethora of other sporting events and concerts, attracting international headline acts. In addition perennial favourites such as the Dubai World Cup, Dubai Rugby Sevens, DSF and DSS continue to be more popular than ever.

“Even though dozens of new hotels have continued to come online over recent times, the ability of the market to absorb this increased supply, with limited effect on occupancy levels and only minor down ward trends in room rates, speaks volumes for the coordinated government strategy, at local and federal levels,” said Mark Walsh, Group Exhibition Director, Reed Travel Exhibitions.

Exhibitor bookings from the MENA region for Arabian Travel Market 2011 which takes place at the Dubai International Convention and Exhibition Centre on 2-5 May, are already very healthy, with over three months still left in the marketing cycle.

Many nations have already exceeded the amount of space taken last year – with Syria, Saudi Arabia, Jordan and Qatar up by 11.8%, 7.5%, 3.8% and 3.6% respectively. Organiser Reed Travel Exhibitions is optimistic of a 5-8% overall increase by the time the four-day show opens.

In light of such developments, Walsh said the increased interest in attending Arabian Travel Market comes as little surprise.

“Regionally, billions of dollars are being invested in tourism infrastructure – Emirates, Etihad and Qatar Airways are all aggressively expanding their fleets and flying to new destinations, diversifying their economies at a time when oil prices seem destined to settle comfortably above $100 per barrel,” added Walsh.

The Middle East reported year-on-year increases in all three key hotel occupancy performance measurements in October 2010, according to industry consultants STR Global. Occupancy was up 0.5% to 67.2%, the average daily room rate rose 0.8% to US$162.54, and revenue per available room (RevPar) went up 1.3% US$109.20.

Furthermore, the United Nations World Tourism Organisation’s 2020 tourism vision forecasts that the Middle East region, which currently receives 36 million visitors a year, will attract 69 million tourists by 2020, an average growth rate of 6.7%. That bullish forecast was made prior to Qatar’s successful 2022 FIFA World Cup bid, which is expected to draw many more visitors to the entire region.

In addition, Walsh referred to the extremely positive exhibitor response its pre-event workshops had received. “We are seeing intense interest from exhibitors at our workshops, which we are holding in Dubai today (Thursday 10 February) in the lead up to the event,” Walsh said. “People are keen to learn the best ways to maximise the huge potential of Arabian Travel Market for their business, from pre-show planning and online marketing through to onsite visibility and more.”

Held under the patronage of His Highness Sheikh Mohammed Bin Rashid Al Maktoum, Vice President and Prime Minister of the UAE, Ruler of Dubai and approaching its eighteenth year, the show has grown to become the largest showcase of its kind in the region and one of the biggest in the world. Last year 2,236 exhibitors covering over 20,000 square metres, attracted more than 22,000 attendees. 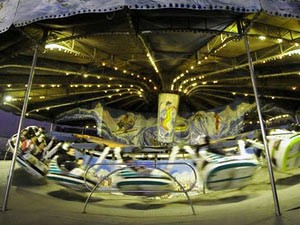 Address: to the south of Sabeen Park Tickets: YER 200 A decent amusement venue that can be termed as modern, in the broader sense of the word. Good place to bring kids and family. Contains a bowling alley, rides, dodgem cars, and several reasonable diners.                    ... 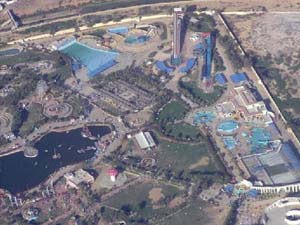 One of the largest and most popular spots in Karachi, consisting of an amusement park, an adjoining water park, and a shopping mall. The amusement park has plenty of rides and other attractions for families, and ticket prices are quite reasonable. Entrance is only granted to families/couples. The water park has a water slide which is reputed to be the largest in Asia. The Aladdin shopping are...

The bonde (tram) that travels from Centro up to Saint Teresa is the last of the original historic streetcars that once went thought the city. The bonde travels over the Arcos do Lapa and up Rua Joaquim Murtinho before reaching Largo do Guimaraes. From there one line takes a north-western route before terminating at Largo das Neves. There is a longer route which continues Largo do Guimaraes uphill ...

A cylindrical conference building surrounded by six Y-shaped office towers compromise the campus and building complex hosting the United Nations Organizations  in Vienna. The twenty eight storey building is the highest at 120 meters. The building is a classic example of modern architecture....