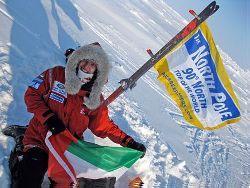 April 24 - Elham Al-Qasimi reached the North Pole, arriving 90 degrees latitude on April 23, 2010 at 13:15. Elham is the first Arab woman to set foot at the northernmost tip of the world, making the trek ski-assisted and unsupported.

She arrived in Longyearbyen, the northernmost inhabited area in the world, last week and from there continued her journey Northwards via Russian plane, sleds and skis. An article on Longyearbyen was published on Irhal.com in February.

Built in 1847, this museum has the most important and comprehensive collection of Hungarian artefacts and relics. Starting from the history of the Carpathian Basin, you move through the Magyar tribes’ exhibit and follow the shaping of Hungary from the conquest of the Basin to the end of communism. In the basement, artefacts from Roman and medieval times are displayed and in other rooms you can fin... 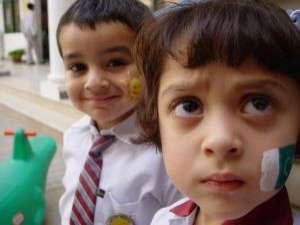 A top relaxation destination for all tourists who just want to have the perfect getaway and enjoy some leisure time, the Green Island is located off the waterfront and has a coastline that extends from Al-Shiwaikh to Ras Alard. This paradise on earth is unbelievably one of the most scenic points in the region, and entirely man-made, this beach has been custom designed by importing sand and rocks f... 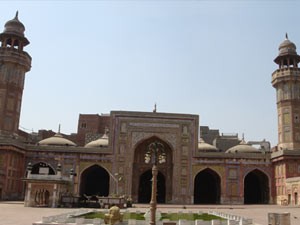 Less known and overshadowed by the Badshahi Mosque, the Wazir Khan Mosque is probably all the more beautiful for its subtlety. This striking mosque was built in the 1630s by the Mughal emperor Shah Jehan. The Mughals were the patrons of the arts and the exquisite tiling on the floors, walls and ceiling of the mosque, is testament to this. The mosque is named after a court physician turned governor...