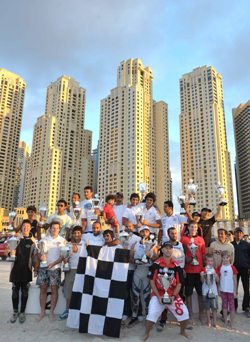 The Gulf water off the coast of The Walk at Jumeirah Beach Residence (JBR), a Dubai Properties Group destination, was the host venue for the UAE Jet Ski Championship over New Year’s weekend, organised by Dubai International Marine Club (DIMC).

Held on 1 January 2011, the event offered spectators extraordinary Jet Ski racing action on the beachfront along with an opportunity to see riders demonstrate a range of gravity-defying jumps and demanding turns.

Jun Ikoma from Japan won the Free Style event and World Champion Nadir Bin Hendi from the UAE had a convincing win in the Pro Runabout GP class. Steven Dauliach from France took the top prize in the Pro Ski GP with the UAE’s Saif Mohammed Saif Al Ma’asam winning the Junior Ski.   In addition Omar Abdullah Rashid won the Ski Limited for the UAE and Kuwait’s Mohammed Jasem Al Baz won in the Runabout Stock.

The Walk has hosted several successful events on shore including cultural, art and entertainment activities throughout the year, but this is the first time the destination has been chosen for watersports along the promenade.

Following the success of this weekend’s event, the second round of the Jet Ski Championships will be held at The Walk on January 8th.

The Walk, one of the most sought-after venues in Dubai, consistently contributes to enhancing the emirate’s tourism objectives.

Singapore is a place which offers equal advantages to adults and children alike. Some of the major attractions for children in Singapore are:   Singapore Duck Tours It's a boat, a bus, a truck, it's the splashing duck! This Tourism Award winning DUCKtours offers a combined City and Harbor tour including some of the major sites for entertaining children along with a duck which will... 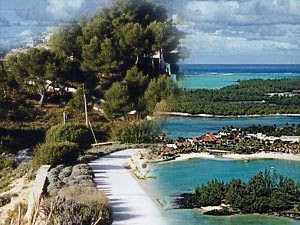 •    Sail Island. A retreat from the blazing sun is the sail island in Jeddah. It is a water park covered with several sail like tents and offers you to enjoy the pool and recreational facilities. It’s a favorite amongst children. •    Jungle Land. An intriguing park, with rollercoaster’s, a circus, and bungee jumping •    Al-Shalal Theme Par...

‘Alhamra’ literally means a woman in red clothes. This building is made up of red bricks, earning the same impression. The architect was Nayyar Ali Dada and this complex has been admired for its superb architecture, even receiving an award for it.  It is a venue for many art exhibitions, theatrical shows and musical concerts. It also acts as a training centre offering courses in various arts ...