The United Arab Emirates Foreign Ministry department told Emirates traveling through the Kingdom to other GCC states to carry their passports.   The foreign ministry previously suspended the use of ID cards as travel documents for travelling Emirates or Saudis.

Director of the Consulate at the UAE’s Foreign Ministry said in a statement - “In the wake of Saudi Arabia’s decision to suspend the use of ID cards to travel between the Kingdom and the UAE, we appeal to UAE citizens who wish to visit Saudi Arabia or cross the Kingdom to travel to other GCC countries to use their passports.”  Sultan Al Qurtasi Al Nuami said for those Emirates already in Saudi Arabia, the UAE embassy in Riyadh and its consulate in Jeddah will issue special documents.

The 8 wing museum houses documents and paintings that preserve the traditions, heritage and customs prevalent in Saudi Arabia. Address : The intersection of Crown Street through the city with the downward ...

The Khuzam Palace belonged to King Abdul Aziz bin Abdul Rahman Al-Saud and was converted into a museum in 1995. It contains six separate exhibits ranging from the pre-Islamic period to modern day Jeddah. 1. Hall of pre-Islam: It starts from the stone age until the pre-Islamic era, and displays a set of stone tools, pottery pieces and paintings from rock inscriptions and writings, as well as t... 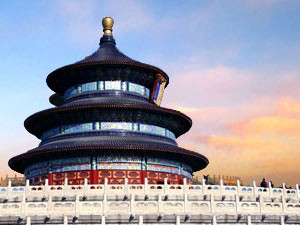 This has to be one of the most stunning edifices in all of Beijing if not in all of China. The hall dates back to the early 1400s. It is made of wood and the roof is absolutely fantastic consisting of blue tiles in intricate design. The pillars that hold it up are also wooden and the number of these is significant since they symbolize time in terms of the number of seasons and the number of months...