The World’s biggest network of travel brands said they are focused on growing in the Middle East.  Vice President, Middle East for Travel Port Rabih Saab said their fundamentals in the region are very strong, and they still believe in the economic growth potential here despite the economic slowdown.  Mr. Saab said they announced further investments last summer and these were used to build up resources and technology which has laid a foundation for success.

Mr. Saab also talked about the recent relaunching of the computer reservation system Galileo in the Middle East.  He said the program still contains the user friendly features travel agents are familiar with but new content and tools have been added.  Viewtrip, for example, lets anyone who booked their travel through Galileo to view their itinerary online. 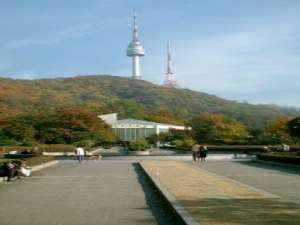 Travelling with kids is no easy task. You need to keep them occupied yet safe. Here are the best places to visit with kids in tow, in Colombo. Excel World Entertainment Park Entertainment and theme park with 4 dimensional simulation rides, movies in Cinamatrix and joy rides. The park also houses a Games Plaza with Laser Tag Games, Laser Runner, and Video Games of Ground Zero, a Bowling Zon...