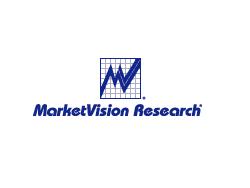 April 30- Residents in UAE spent a lot of money on traveling for business and pleasure despite the recession that hit the world last year, said the results of a study conducted by Market Vision, a research and consulting firm in Dubai. According to the details of the study, people spent an average of Dh7,806 on each trip that makes it an average of Dh514 per night.

Outbound travelers from the UAE spent Dh39.5 billion from 5.06 million trips and 76.7 million room nights last year. "Given that over 80 per cent of the estimated five million UAE population comprises expatriates, the outbound travel sector is fairly resilient in that most expatriates do tend to travel to their home countries on vacation at least once in two years," said the report. As opposed to this, around 2.79 million US citizens travelled outside the country in January, thus registering of growth of 3.1 per cent.
The report also said that around two-thirds of the residents in UAE go abroad about once a year and the figure has remained unchanged for many years now. The only exception was 2009 when the figure dipped a little.

Meanwhile, tourism all over the world fell by six per cent last year. "[The year] 2009 was a challenging year for world tourism, as it faced the impact of the global economic crisis and the outbreak of the influenza A (H1N1) pandemic," said the report.

One of the great things about Budapest is that it has an abundance of playgrounds, theme parks and roller-skating parks. One of the best theme parks is Varosliget (City Park) which has an abundance of activities to entertain children: playgrounds, the city zoo, a circus and a fairground. The Szechenyi Baths are well-liked by the older children, especially the whirlpool, and there is also rowing in...

Marienplatz is the very heart of Munich and is always full of crowds who are being entertained by street performers and musicians. This square is dedicated to the patron of the city, whose golden statue stands on top of a huge column (the Mariensaule) in the center of the square. The city's most beautiful square, Odeonsplatz is located to the north. Travelling west from Odeonsplatz  you will ...