A Petra Hotels representative, Hussein Hilalat, attributed the decreased number of visitors to the global financial crisis and expects the numbers this month to be low.  Mr. Hilalat noted about 1/3 of the visitors in the first three months were passengers on cruise ships and spent only one day in Petra so did not use facilities. He noted the occupancy rate is currently 100% because of Easter and was hopeful things would improve. 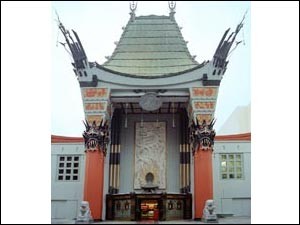 This opulent building was built by Sid Grauman in 1927 and is one of the most famous tourist attractions in Hollywood. Renovated several times in the past, it's facade has a distinctive Oriental look resembling a pagoda.   In the forecourt you will find footprints and handprints of celebrities embedded in the cement. You will also find hoof prints of Roy Roger's horse Trigger. Tours backsta...