Tourism takes another hit in Egypt

The slowly recovering tourism industry of Egypt has taken another step backwards. The revolutionaries who had come out on the street in January this year and helped to oust President Hosni Mubarak have become disenchanted with the miiltary leaders who took over after Mubarak's departure.

The week long protests have once again started attracting large crowds to Tahrir Square - estimated at up to 800,000 people on Friday November 25, 2011. Although a new interim Prime Minister was appointed by the military, it appears that a large number of Egyptians want Field Marshall Tantawi to step down and let a new interim council guide the country until fresh elections are held.

The  Arab Spring seems to have turned into

a winter of discontent as another large group of people also protested near the Ministry of Interior's headquarters in favour of the army - showing signs that people want peace to prevail and want things to get back to normal.

Tourists have once again started canceling trips to Cairo and the economy which is heavily dependent on tourism will face another major setback. The Egypt Tourism Authority which was actively promoting the country during the recently concluded World Travel Market in London will have to redouble its efforts to woo back the tourists who were planning to spend their winter vacations in Egypt. 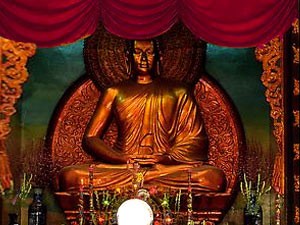 The Xa Loi Pagoda is the largest in Ho Chi Minh City. It was built in 1956 and was said to contain ‘Xa Loi’ – sacred bones or rather fragments of them from The Buddha. The pagoda was the center of political protest in the 1960s, when monks and nuns inside were attacked, resulting in the deaths of thousands of Buddhists. Location: 89 Ba Huyen Thanh Quan Street, District 3               ... 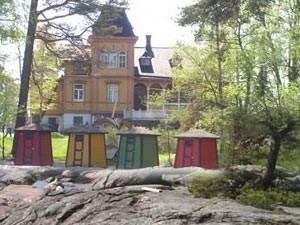 This park is multipurpose. It has sandy beaches, lush green parks, jogging tracks, bird watching sites, restaurants and a café on the park premises. This island is a summer retreat for the Finns who enjoy the sun to its fullest before winter takes its toll over the country. Opening Time: It is open 24 hours a day and is reachable by boat from the main city. Entry fees are 4 Euros for adu...