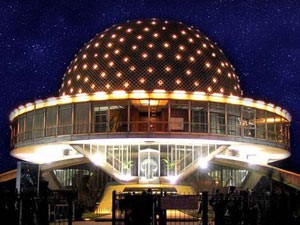 Planetario de Galileo Galilei is a beautiful building that could give you an exciting evening’s outing. There are plays and educational shows that take place there as well as the opportunity to gaze into the inky blackness above through an obscenely large telescope. Shows are normally around ARS10, general admittance is free. The Planetarium is open between 10:00am and 4:00pm Weekdays. Addres...