March 12- The new tourism law for the Kingdom of Saudi Arabia (KSA) is in its final stages and may be passed this year, Chairman, Saudi Commission for Tourism and Antiquities (SCTA), Prince Sultan bin Salman said on Thursday.

Speaking at the opening of an SCTA office for licensing and investment in Makkah, Prince Salman said all hotels in the KSA would be classified on the basis of international standards. Only those hotels meeting the stipulated requirements will be given licenses. Furthermore, SCTA has signed 72 partnership agreements with government departments as well as the private sector.

Meanwhile, the price of hotel rooms and furnished apartments is also under discussion and a decision will be taken soon in compliance with the pricing law that was issued earlier.

This is considered to be Malaysia's largest indoor theme park. It has two sections: one for children, and the other for thrill-seekers. You need only one ticket to get into both sections. Its most popular ride is the seven-story indoor roller coaster. Berjaya Times Square Admission: Adults $7; Children $4   ... 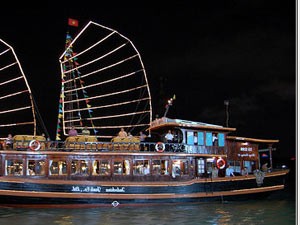 The Bink Quoi Tourist Village was built in 1994 by the Saigon Tourist Corporation. It is the largest tourist attraction in all of Ho Chi Minh City, offering an evening dinner cruise with a cultural show. The tourist village offers a lot of activities to pass time as well as hosting puppet shows and boat rides. Location: Binh Thanh District, District 1                     {loa...