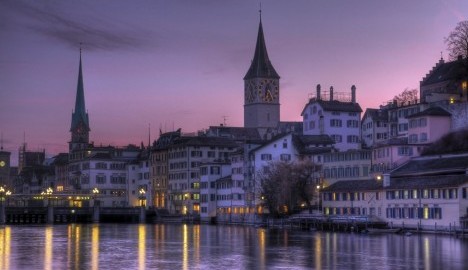 For the first time in at least two decades of reporting the worldwide cost of living survey Zurich sits atop the ranking as the world’s most expensive city.

An index swing of 34 percentage points pushed the Swiss city up 4 places compared to last year to overtake Tokyo which remains in 2nd place.

Geneva, the other Swiss city surveyed saw a 30 percentage point rise in the cost of living to move up six places into joint third alongside Osaka.

The authors of the bi-annual report said both Japan and Switzerland have seen strong currency movements over the last few years which have made them relatively more expensive.

Currency movements in Australia also explain the presence of both Sydney and Melbourne in the list of top ten most expensive cities to live.

Hong Kong, which has long been noted as an expensive place to live, is surprisingly ranked at 22, much lower than its third-placed position a decade ago.

The survey of 130 cities worldwide compares more than 400 individual prices across 160 products, including food, clothing, transport, rents and private schools.

The price of a litre of petrol for example varies hugely from city to city. In its breakdown, the EIU shows that it is $2.17 in Paris but only $0.96 in Moscow.

Despite eurozone weaknesses, western Europe still accounts for 24 of the most expensive cities in the top 50, with 14 hailing from Asia. 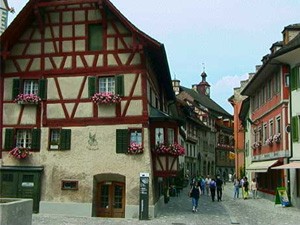 Stein-Am-Rhein is one of Switzerland's loveliest towns.  It's located about 20km east of Schaffhausen, as its name would suggest along the Rhine River.  Stein-am-Rhein was a small fishing village when the Holy Roman Emperor Henry II moved St. George's Abbey here in 1007.  The move was a boon to the city's economy, as the abbey had the ability to mint coins and hold markets.  Fr...

What to do with Children in Makkah

What to do with Children in Makkah

It’s strenuous enough to be in Makkah on your own, to have to manage kids on such a trip is a herculean task. There is not much in the way of parks, or play grounds in this city. However there is plenty of road way for your kids to run around in and play areas can be found in the larger shopping malls. But why waste this opportunity on play zones? With the amount of history in this city, why...

A tourist hotspot in Kuwait, the zoological garden cannot be missed, especially when traveling with children. This extensive and meticulously planned park underwent massive reconstruction and updating in its facilities and resources and was reopened to the public in 1993. It is home to over 65 different species of animals, 129 species of birds and five species of reptiles. Not only does it serve a... 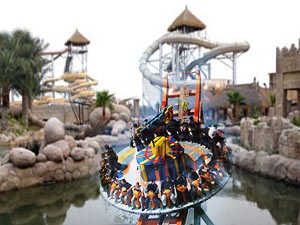 Adhari Park When: Daily Where: Shaikh Isa Bin Salman Highway Cost: Entrance 0.5 BD; Park card 0.25 BD; Rides 0.30-1 BD Phone:+973 1740 7300 Adhari Park in Bahrain is a treasure trove for parents wondering what to do with overactive children. It is 165,000 square metres of indoor and outdoor rides, food and shopping. Quickly becoming the biggest family attraction in the region, the pa...