The future of tourism in South Africa beyond 2010 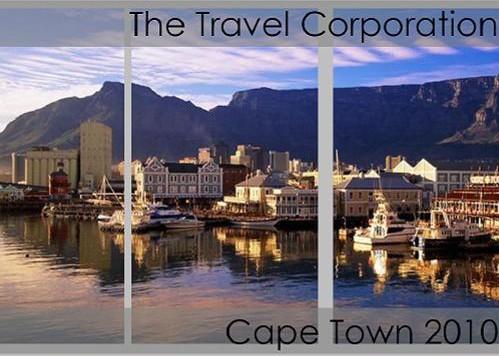 The year 2010 represents a golden opportunity for South Africa as a nation to win not just on the football field as host nation of the 2010 FIFA WORLD CUP, but on the global tourism stage. The reality, however, is that the end of the 2010 Games do not mark the end of the work, they mark the beginning. And for Destination South Africa, the tourism industry is firmly in extra time.

As stated by Mr. Jabu Mabuza, chairman of South African Tourism: “2010 is a year of immense importance for South Africa. Following six years of commitment and significant investment by all South Africans towards delivery of a successful 2010 FIFA World Cup – the best World Cup ever in the opinion of FIFA and the millions of people who took part across the nation and the world - South Africa has proven how truly alive with possibility this nation is. But for South Africa, success in 2010 is about more than the games. It is about the legacy, which the games leave behind. A critical legacy for the nation is establishing and embedding Destination South Africa as one of the most inspiring, inviting,g and enjoyable tourist destination in the world. South Africa must ensure that the 2010 FIFA World Cup’s spotlight on Destination South Africa continues to shine long after the games conclude. This can only be achieved through effective, enduring, industry engaging promotion of the destination.”

Critical to maintaining momentum of interest in the destination after the games, is achieving unprecedented levels of exposure by the leaders of the travel trade from across the world.

As a result, the tourism sector of South Africa is excited to announce that, for the first time in the history of South Africa as a premier tourism destination, over 350 of the world’s travel trade decision makers will be visiting South Africa this coming October as delegates of the nation’s most important Mega-FAM Trip – The Travel Corporation’s (TTC) 2010 International Sales Conference.

At the start of each decade, with great anticipation and excitement, TTC brings together its globally leading key personnel and sales managers, encompassing its different brands and businesses from around the world. Held with great insight and impact in Beijing in 2000, the 2010 conference destination will be held in Cape Town.

The 2010 conference will take the form of an incentive trip for over 350 of the company’s top performing personnel (30 percent executives, 70 percent sales), all A-List business leaders and vital decision makers for destinations seeking to compete and win on the global tourism stage.

Ferrari World Abu Dhabi is the world’s largest indoor theme park and the world’s first Ferrari themed park. As with most things in the UAE, it is the largest attraction of its kind. It is an intense multi-sensory experience and a must-visit for families, fans and enthusiasts. The Park offers more than 20 Ferrari-inspired rides and attractions, including a wide array of rides for adults and childr...

Siam Ocean World This is Southeast Asia's largest aquarium with 400 kinds of more than 30,000 aquatic creatures for visitors to view. Children and adults alike will love to watch the sharks and penguins being fed (13:00 or 14:00 hrs). They can take a walk through the breathtaking underwater tunnel and see dolphins, rays, colorful fish and many other under water creatures through the glass which...