Thailand has extended a tourist visa fee waiver through 4 March 2010.  Middle East and UAE tourists may travel to Thailand without paying the visa fee during this time.  Thai Consul General said the Thai government is temporarily waiving the tourist visa fee because of an increase in the number of applications for tourist visas.

Pasan Teparak said applications for a tourist visa from the Middle East increased 11.5% this year.  The number of visa applications averaged 1,200 per month between 5 March and 4 June this year compared to 1,000 for the same period last year.  Teparak said anyone applying for a singly entry tourist visa (from countries allowed visa on arrival) at designated immigration checkpoints in Thailand will be exempt from the tourist visa fee until 4 March 2010. 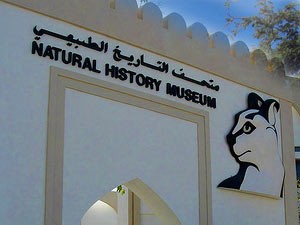 This museum is small and only a few collections are on display, but they are a must see. The museum sheds light on Muscat and Oman’s geography and geology. Plants and animals common to the area are on exhibit with a specific hall devoted to marine species and wildlife. An amazing exhibit is that of a skeleton of a sperm whale found in Muscat about 30 years ago. The botanical gardens are also lovel...