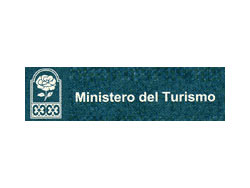 Government statistics show that the number of tourists visiting Syria last year increased 12 percent compared to 2008. Syria received about six million tourists in 2009, including 1.1 million Syrian expatriates and 3.5 million Arabs.  There are a number of important sites of antiquities in Syria, including the ancient city of Palymra.

Industry specialists say Syria’s practice of deeming nearly every foreigner who enters the country a tourist is misleading.  The country had been under United States sanctions since 2004 because of its support for militant groups, although relations with the West have improved and Washington is seeking rapprochement. New hotels have been built in Syria over the last few years, mainly in Aleppo and Damascus, but the quality is not as good as in neighboring Jordan and Lebanon.