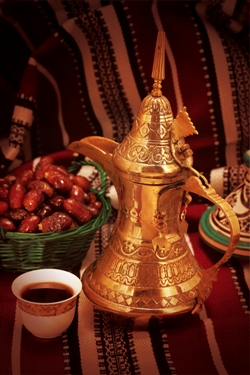 Interesting findings were revealed in a recent study on behaviour and attitudes of people during Ramadan. According to the study,  the number of Muslim Arabs observing Ramadan this year is down by 2% (it was 98% in 2009) and 87% of Muslims prefer to celebrate Iftar with their families at home.

Besides this, the survey results revealed that 56% of Muslims respond to the call to prayer for timings, 9% rely on their Mosque for timings and the rest rely on the television, newspapers, internet and radio.

In addition, 62% of respondents favoured moon-sighting, while 49% approved of declaration of scholars when asked about methods used to determine the start of the month of Ramadan.

75% of respondents said they were keen on getting Islam related updates and contents on their mobile phones during Ramadan. Prayer timings, the Holy Qur'an and Duas were the preferred content choices. 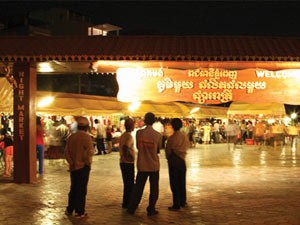 Distinguished with its historic yellow dome, central market is home to several shops. It is not just a traditional landmark, but also an epitome of Khmer architecture. The central point of the market sells a beautiful range of gems and jewelry. Whereas the central entrance walk is cramped with several vendors and stalls, selling souvenirs, handicrafts, silk fabrics, karmas, cravings, statuary, and...

Erected for the 1891 Jubilee Exhibition this wrought iron building which has a kitsch musical dancing fountain, the Krizikova Fountain (price is 200 Kč performances are hourly from 8-11pm in March through to October). The nearby Lapidarium stands 10 of the Charles Bridges original statues (adult/child 20/10 Kč noon – 6pm Tue to Fri, 10am to 6pm Sat & Sun). In February through to Easter the park be...

Carre St. Louis is smaller than the other public parks of Montreal, but popular nevertheless. Its small size means it fits in comfortably into the surrounding residential community, with local restaurants and shops just a few minutes’ walk away. The park contains bike paths and beautiful fountains. Perhaps the most striking feature is its use as the set in the popular “Just for Laughs Gags” show –...