Stranded tourists will not be penalized

All those passengers stranded in Dubai as a result of  suspension of flights to Europe  will not be penalised for overstaying their visas, said a senior official of the Ministry of the Interior.
Major General Mohammad Ahmad Al Merri, Director General of the Dubai General Department for Residency and Foreigners Affairs, said that those people whose flight reservations were cancelled due to the volcano, would not be fined for their unintentional overstay. "We want to help and make it easy for stranded people," he said.

See how Prague looked before the walls were pulled down and St Vitus Cathedral was completed take a look at this museum. The biggest attraction is a model of the city circa the 19th century city but there are other displays that show how Prague looked from prehistoric times to the 20th century. Address: Na porici 52        + 420 224 816 773 Opening Times: 9am – 6pm Tuesday to Sunday ... 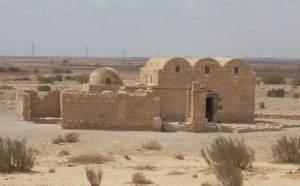 The desert between Amman and Azraq is littered with the remains of old castles.  Most were retreats for kings and nobles, others were defensive fortifications.  They are an important part of Jordan's heritage and definitely worth a visit.  Tour groups regularly go to each site.  You also may want to rent a car or hire a taxi for the day if you want more freedom to explore. ...