A US postage stamp showing the Statue of Liberty is actually not a picture of the famous 125 years old Statue of Liberty located in Liberty Island, New York. It is a photograph of a repica of Lady Liberty which welcomes gamblers to the New York-New York casino in Las Vegas.

The Statue of Liberty was built in France and donated by the French people to the United States to commemorate 100 years of American freedom in 1886. French sculptor Frederic Bartholdi designed the monument with the assistance of Alexandre Gustave Eiffel - the designer of the Eiffel Tower. The French people paid for the monument while the pedestal where the statue stands was financed by donations from Americans.

“Give me your tired, your poor, your huddled masses yearning to

breathe free….” reads the sonnet by Emma Lazarus commemorating the Statue of Liberty while the picture depicted in the postage stamp beckons hedonistic revelers to "more than 2000 of the hottest slots" on the Las Vegas Strip at the MGM Resorts owned New York-New York Hotel and Casino.

News of the error was first reported in Linn's Stamp News, a US weekly magazine for stamp enthusiasts. Here are the differences from the original Statue of Liberty as quoted in Linn's magazine: "A light colored rectangular patch can be seen on the center spike of the replica's crown, near the statue's head. In addition, the eyes, eyelids and eyebrows on the replica appear more sharply defined than on the original statue. The hair on the replica across the top of the face and at the side of the face has different characteristics than the hair on the original statue."

The US Postal Service acquired the image from Getty Images who referred to the picture as "Statue of Liberty" but after the disclosure added tags like "Las Vegas" and "replica" to differentiate it from the original.

"Regardless of how it came about, New York-New York is honoured to be the first Las Vegas casino resort to be on a U.S. stamp," said a spokesperson for the casino. The US Postal Service has printed more than 3 billion copies of the stamp and does not plan to remove these from circulation.

This is the largest park in Geneva. It has a total land area of about 12000 square meters, and is situated alongside the Lake. The park houses the biggest and most splendid rose garden in all of Geneva. A theater inside the park, the Verdure Theatre, has free concerts and performances every Wednesday and Friday night during summers.  ... 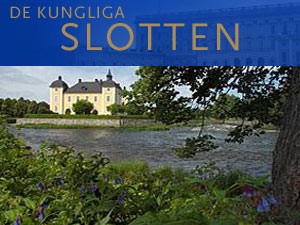 This magnificent structure will make you gasp in wonder. Built by King Johan III, the palace was destroyed in a fire and was subsequently rebuilt. The interiors have over the years been improved upon. Many fine buildings are part of the palace complex including the Chinese Pavilion, the Court Theatre and the Castle Church. The Drottningholm Palace is now a Unesco World Heritage site. Free admis... 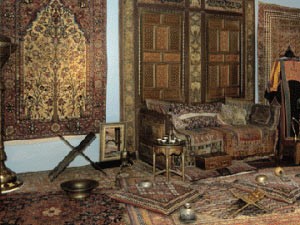 Whether you are an art fanatic or not, visiting this museum is a must. The paintings in this former Royal Palace building date back to as far as the 14th century. Most of the work had remained undiscovered and is now put up in the Romanian Art Museum. Romanian and European art belonging to modern, classical and contemporary categories is exhibited at its best. Tickets: 2.5 Euro Address: Calea...