The Sharjah Commerce and Tourism Development Authority (SCTDA) said hotel occupancy reached 671,662 guests during the first six months of the year.   During the first quarter of 2009 there was a 15% decline in the number of tourists, but once source explained “the recent summer promotions have helped the hotel sector to record higher occupancy.  As a result, the second-quarter hotel statistics reflected a growth that helped narrow the decline to 12 per cent.”

Figures show that more than half of the 671,662 visitors stayed in hotels and the rest stayed in serviced apartments.  GCC tourists accounted for 28% of the tourists, other Arab countries for 14%, Asian tourists 20%, and 32% of the tourists were from Europe.    The remaining 6% of the visitors came from America, Canada, Australia, New Zealand, Africa and the Pacific.

To see Romanian architecture at its best, visit the Athenaeum concert hall one evening. The domed white building is ornate in its style and glamour and is host to various events and mega concerts in Bucharest. It was inaugurated in 1988 and today houses around 800 people at a time. In the park outside there is also a statue of a Romanian poet to depict the history that is attached to the building.... 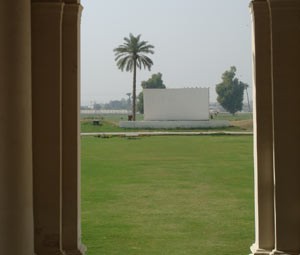 This park sits in the center of the residential area of PECHS. A very large public park, with a big natural hill offering a magnificent view of the city. The park is filled with lush greenery and has a huge central lake with lots of geese and colorful ducks that you can feed and talk to. Also included is a small amusement park for kids, with swings and rides, and lots of pigeons. Hill Park also ha...