Saudi Arabia has cancelled its ban on citizens traveling to Sri Lanka following the defeat of the island’s     Tamil Tiger rebels last year.   The travel ban was issued in 2008 when fighting between the government and Tamil Tiger rebels reached new and more dangerous levels.  Riyad Al-Kheneini, deputy chief of mission at the Saudi embassy in Colombo, said “We withdrew the travel advisory as the security situation in Sri Lanka has improved a great deal.”

The ban was removed after a meeting between the Saudi foreign minister Prince Saud Al-Faisal, and Sri Lankan ambassador Ahmed A. Jawad. The Tamil Tigers, which began an armed struggle in 1983 to create an independent Tamil homeland, is banned as a terrorist organization in the European Union.   Sri Lanka has been increasing its efforts to promote itself as a short-haul destination since the Tigers were defeated last year.  About 5,400 Saudi tourists visited Sri Lanka in the second half of 2009.

Former imperial hunting grounds for the royal family. Contains a large amusement park, known as the Volksprater ("People's Prater"), believed to be the oldest "modern" amusement park in the world, which has the much famed giant Ferris wheel ('Riesenrad'). Public entry into the Prater is free of cost while the costs of individual attractions vary from 1 euro to 10 euro. Lar...

Geneva is a city for the young and the old alike, and it offers unlimited hours of fun for children aged 1 to 101, or a little underage or a little overage. Some of the major attractions for children of all ages include: Natural History Museum:   This museum gives an educational and informative overview of the natural world. There is a special focus on the ecological and environmental ... 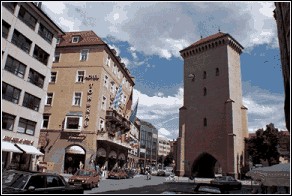 This gate located at Isartorplatz is one of the most well known landmarks of Munich. This tower was part of a wall that surrounded Munich and protected it from invaders....