Prince Sultan Bin Salman Bin Abdul Aziz Al Saud, the President and Chairman of the Saudi Commission for Tourism and Antiquities (SCTA) said the national tourism plan has been updated and it will be announced next year. Last year the country received 47 million visitors and that number is expected to increase to 88 million by 2020.

Under the tourism plan the kingdom’s current 30 airports, which are now expanding, will be developed into much bigger complexes of economic activity.  The plan also calls for the SCTA to create different tourist destinations and economic zones.  By 2020, the hotel and tourism accommodation sector in Saudi Arabia will generate 101 billion Saudi Riyals (Dh 99 billon) making it one of the biggest non-oil growth areas of the economy 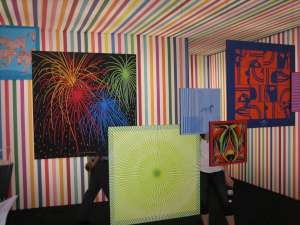 This museum is located in a clock tower building erected on premises formerly used as a racecourse during colonial times. Sturdy wood and gleaming marble make for a stunning interior. The art on display is interesting as well as diverse. All mediums of art are used. The content varies from traditional to more contemporary.   Timings: Daily 9 A.M- 5 P.M Admission: Y 20 Address: Na...