Saudi Arabia is allowing stranded Emirates to exit the country without passports. The Emirates were stranded after the county issued a new rule requiring the use of passports, rather than ID cards, when travelling.  The rule has been relaxed so the travelers can return home.   Many were not able to pass through the Al Ghwaifat checkpoint until Tuesday when the restriction was eased.   Saudi Arabia announced on Friday they would no longer recognize UAE identity cards because the map on the ID card did not correspond with the agreed border in 1974.   .

Director of the Consular Department at the Ministry of Foreign Affairs said “The ministry has issued instructions to the UAE embassy in the Saudi capital Riyadh and its consular general in Jeddah to issue return travel documents to the UAE citizens who arrived in the Kingdom by land. “

is a must-visit. It is located downtown and is one of the famous pedestrian streets in the city. There are many shops to suit all budgets and this is a good place to practice your Spanish as people are used to tourists. The downside of this though, is that there are plenty of porteños trying to scam you, so be on the lookout for prices that seem exorbitant and “authentic” Argentinian produce. Cal... 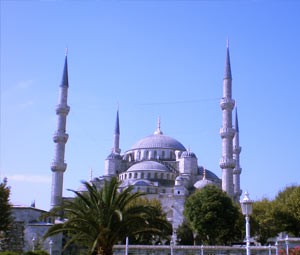 The Blue Mosque (aka the Sultanahmet Mosque) is a defining part of Istanbul.  It was built in the 17th century by Sultan Ahmed I to ease the pain of a string of military defeats in Persia.  Whereas past imperial mosques were paid for with the spoils of war, the Blue Mosque was built with money borrowed from the treasury.  Construction began in 1606 and was completed in 1616. ...

This consists of a private collection of thousands of pieces of art dating back to the Neolithic era. Treasures stored here range from gold goblets to intricate textiles, to bronze statues to entire rooms from Greek mansions in the 1700s. A new section of the Museum is the Benaki collection of Islamic Art.   Timings: Daily [except Tuesday] Address: 1 Koumbari Admission: 6 EUR Te...