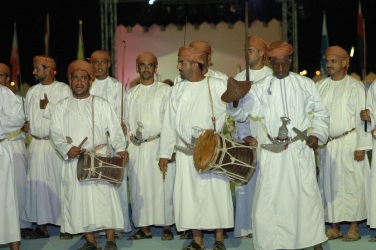 In line with events held in Oman’s Dhofar province during the monsoon (Khareef) season, this year’s Salalah Tourism Festival, held from July 1, will feature a variety of artistic and cultural activities and stage shows, with local and international programs to meet the expectations of families and other participants seeking entertainment, knowledge and enjoyment.

This year’s festival will include a variety of events and activities including exhibitions, plays, outdoor activities and sports, as well as a number of cultural and religious lectures, international events and media activities. It will also feature various exhibitions, including the consumer exhibition extending throughout the entire festival, a landscape art gallery, Sultan’s Armed Forces Museum fair, an exhibition organized by the National Documents and Archives Authority, an exhibition by the Royal Oman Police, as well as an exhibition on agriculture. Another key event is the Heritage Village which includes shows by Omani folk bands and live displays of handicrafts. It will include theatre with local plays for children presented by several groups from the local Dhofar region, as well as the international play “Sponge Bob”. There will be key artistic and folk ceremonies suitable for all age groups, including Toyor Al Jannah band. The festival will also feature several games for children, in addition to a Formula 1 car race.

Outdoor activities at the festival include Al Hisn Market, Al Mughsail Beach Event and an Open Day in Dhofar Wilayat. A number of religious and cultural lectures will be held every Sunday and Tuesday, in addition to international events such as the Italian Circus and the African Show. Media events form part of this year’s festival, with live radio programs in both Arabic and English languages, including “Layali Al Khareef”, “Nasaem” and “Razaz al Khareef”. The festival’s sports events include the 4th Annual Running Race for children, Shooting Championship, and Football Championship for Dhofar clubs. This year there will also be a Camel Beauty Contest.

The Salalah Tourism Festival is held every year to coincide with the monsoon (Khareef) season which extends from 21st of June until the 21st of September, during which tourists can enjoy Dhofar’s tropical climate known for its northern and north-west winds on the southern coast of the Arabian Peninsula, and rainfall coupled with a gentle mist creating a pleasant atmosphere and moderate temperature.

This is perhaps one of the strangest landmarks in Karachi. No one is quite sure why it was built. Some say it has paranormal powers to guide alien spacecraft. Others believe that it contains within it some ancient secrets about the city. But the most commonly circulating rumor is that it was built to honour the freemasons, which is apparent from the strange encryptions and patterns on its walls.... 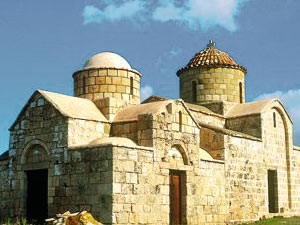 Situates in a village 7 kilometers south of the city center of Larnaca, is the Angeloktisti Church, meaning ‘Built by Angels’. This Byzantine church was built in the 11th century on top of the ruins of an early Christian basilica. The church holds some of the rarest and finest surviving pieces of Byzantine art, like the priceless mosaic of the Virgin Mary and child in between two archangels, made ...