Prince Sultan bin Salman said the Saudi Commission for Tourism and Antiquities (SCTA) will develop a comprehensive three year plan to develop the tourism sector.  Prince Sultan bin Salman is Chairman of the SCTA.  The plan will involve decentralizing the Kingdom’s tourism sector and giving regional and local communities major roles.    The Prince spoke about the plan while addressing media following participation in a United Nations World Tourism Organization in Astana, Kazakh.

The Prince said that most people accept tourism in the Kingdom and it is consistent with religious and social values while also meeting security and environmental demands.  He expects tourism to be one of the Kingdom’s biggest revenue generators, providing many job opportunities.  The government is addressing the lack of tourist attractions and facilities on the Kingdom’s coastal fronts.

The area of Waterfront consists of many sights and attractions. A very famous one is the Holmen which is a place near the harbor where one can spend a relaxing and peaceful vacation. An excellent place to roam around with a loved one and dine out in one of the exquisite restaurants lined up.                    ... 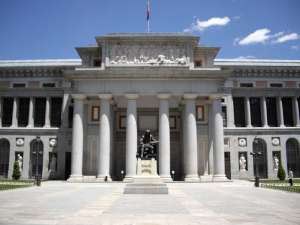 It came under transformation in 1819 from a historical museum to an art gallery that carries acclaimed work of over 7000 varieties. The most interesting collections are the 17th and 18th   century Spanish paintings featuring the likes of Velazquez, Goya and Ribera. It unfolds an artistic vision for visitors and is termed as a must-see place.   Paseo del Prado, Salamanca Fax: ...