Qatar the choice for the next world cup 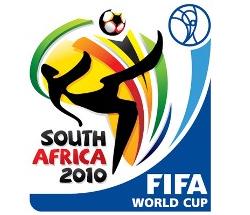 June 4 - Dutch football player Ronald de Boer referred to Qatar as the ultimate choice as host for the 2022 FIFA World Cup. De Boer has played for Qatari sides Al Rayyan and Al Shamal and serves as ambassador for the Gulf nation's bid to stage the FIFA World Cup in 2022.

"I think it is the right time for this to happen. Africa has had its chance for the first time this year and now it is the chance for the Arab world to host the World Cup. The decision will be taken in December and they will have 12 years to prepare for such an important tournament," de Boer told journalists on Tuesday.

"They are making a case on why they should have it there and this is not just about Qatar, but the entire Arab world that is ready for a World Cup. By then [2022], we will have 240 million Arabs in the 25-year age group and Qatar is ready for it," he added. 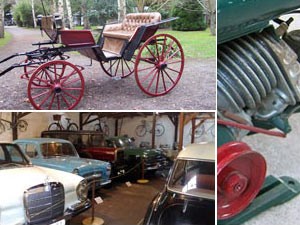 Alfred Thornhill Cooper and Marion Cooper are to be credited for this amazing collection of vintage cars in the Yaldhurst Museum. Opened on 26th December 1968, the museum has a collection 400 cars ranging from passenger to school buses to the rare models that had not more than 5 units manufactured! If you are an automobile fanatic, the Yaldhurst Museum will be your favorite attraction in all of Ch... 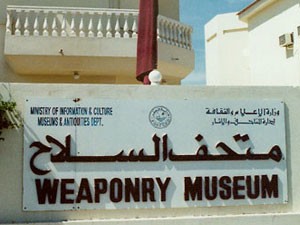 This is one of Doha’s most interesting museums. The collection of weapons and arms is extremely impressive and some of the exhibits truly stunning reflective of expert craftsmanship. The main attraction is the famed Lawrence of Arabia’s dagger. Other pieces comprise of silver and gold daggers and swords some of which date back to the 1500s.   Timings: Daily except Saturdays from 9 A.M- 12 ...

The Ottoman Clock Tower was built on the grounds of the Grand Serail in 1897. It marked the 10th anniversary of Sultan Abdul Hamid II’s coronation. The need was felt for a public clock that would indicate the Muslim prayer timings. The clock that stands 25 meters tall was the tallest structure in Beirut at the time of its completion. The Clock Tower houses a huge bell weighing 300 kgs on its third...