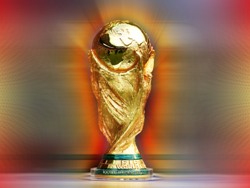 May 15 - Qatar submitted its World Cup bid file at the FIFA headquarters in Zurich yesterday which was done by Qatar 2022 Bid Committee Chairman Sheikh Mohammed bin Hamad bin Khalifa Al Thani to FIFA President Sepp Blatter. The bid book outlines details of the event and the way it will take place in the Middle East. No Arab country has ever bid for the World Cup before.

The file contains details of 12 proposed stadiums, five of which were unveiled in Dubai last month. Qatar 2022 will be a carbon neutral World Cup as well which means it will use sustainable technologies and cool systems for stadiums, fan zones and training grounds.
Voting for the hosts of the 2018 and 2022 World Cup finals will take place on December 2 this year in Switzerland. The Qatari bid has received strong support from the government and ties in with the official 'National Vision for 2030.' 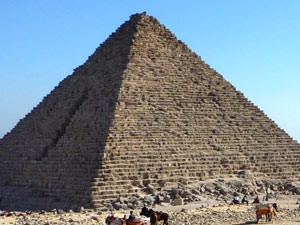 The Pyramids of Giza is the only surviving wonder of the seven wonders of the ancient world. As such, it is one of the main attractions in Egypt and an amazing sight to experience.   Ancient Egyptians believed heavily in the importance of the afterlife, and so the Pyramids were built to house the tombs of the Pharaohs so that they would have a successful and smooth transition into the...