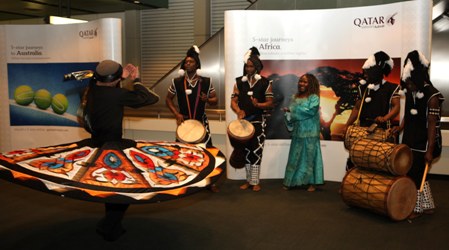 India, Norway and Bulgaria have been earmarked for new route development as the airline spelled out its ongoing commitment to international growth, targeting both popular and underserved markets in Europe, Middle East, North America and Asia, from its Doha hub.

Daily flights to the eastern Indian city of Kolkata, formerly known as Calcutta, will be launched on July 27 taking Qatar Airways’ capacity in India to 95 services a week spread across 12 cities.

In Europe, where much of Qatar Airways’ recent expansion has been the focus, the airline is to launch four-flights-a-week to the Bulgarian capital Sofia from September 14. In January, the carrier began services to the Romanian capital Bucharest, Hungarian capital Budapest and Belgium’s capital city of Brussels.

Beginning October 5, Qatar Airways builds on its successful operations in Scandinavia with the start of five-flights-a-week to Norway’s capital city of Oslo. The airline already operates scheduled services to the Swedish capital Stockholm and Denmark’s capital city of Copenhagen.

Together with a raft of capacity increases that see the Singapore, Kuala Lumpur, Manchester and Dar Es Salaam routes go double daily, Geneva, Seychelles and Copenhagen will be upgraded to daily operations.

This week, Qatar Airways embarked on the latest phase of its 2011 expansion drive launching three-flights-a-week to Stuttgart – its fourth German gateway and 99th international destination. Europe now accounts for 25 destinations in the carrier’s global network.


With frequency on the Munich route increasing from daily to 11 flights a week, effective today, (March 9) and the Frankfurt route upgraded from 10 to 13 flights each week, beginning March 27, Qatar Airways faces its biggest ever capacity rise in Germany in a short timeframe – from 24 to 34 flights a week. The Doha – Berlin route remains a daily operation.

April 6 marks a key moment for Qatar Airways with the launch of non-stop flights from Doha to the historic Syrian city of Aleppo – the airline’s milestone 100th destination.

With three recently-announced routes to start in June alone – Iranian city of Shiraz (June 5), Italy’s Adriatic coastline city of Venice (June 15) and Montreal (June 29) being its first move into Canada, Qatar Airways is preparing for a busy summer ahead.

Speaking at a packed press conference at ITB Berlin, Al Baker said the airline’s growth remained on target with relentless expansion. “Yet again, we are demonstrating our strategic focus to serve key business and leisure cities around the world, as well as underserved markets with new direct flights and increased capacity,” he explained.

“Today’s announcement of new services to Kolkata, Oslo and Sofia reflects our commitment to connect diverse global cities via our Doha hub. Kolkata becomes our 12th gateway city in India, while Sofia is another example of serving underserved markets. And with Oslo set to be part of our network, Qatar Airways will strengthen its presence in Scandinavia as the biggest Gulf-based airline flying to the region.”

By 2013, Qatar Airways plans to serve more than 120 key business and leisure destinations worldwide with a modern fleet of over 120 aircraft. Today, the airline’s fleet stands at 94 aircraft.

This theatre was built in the fifth century BCE and to accommodate the dramatists of the time. Famous plays such as Oedipus Rex written by Sophocles were performed here, among others by Greece’s most famous poets (including Aeschylus, Aristophanes and Euripides). The audience was seated on two types of seats depending on their rank, with the more privileged citizenry sitting in sections made of Pe...

Being Ireland’s first interactive museum for children under 9, it has become extremely popular. Exhibits are fun, exciting and extremely engaging. The musuem has an art studio so kids can get wild with colours and their imagination and a kid’s stage where children can create their own stories, try on different costumes and change the props on the stage. The museum also has a café (Café Kiddiccino)...