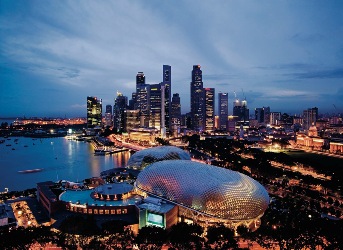 The Doha-based airline currently operates daily flights from Doha to Singapore using its flagship Boeing 777 aircraft with the services continuing on to the Indonesian resort island of Bali.

Additional non-stop services between Doha and Singapore will be phased in from May 1 when the airline adds three weekly flights to its schedule. Three further weekly flights will be introduced from October 1. An extra flight will operate to Singapore from November 3, taking frequency up to double daily.

The new services will vastly improve connectivity for Qatar Airways’ passengers travelling to or from Singapore and onward within the airline’s expanding global network. Passengers will now have the option of a morning or evening departure from Doha or an evening and late night departure from Singapore.

Qatar Airways’ entire European network will connect with Singapore via Doha International Airport, with a minimum transit time of one hour. Connections with the airline’s Middle East network will also be enhanced for passengers transiting through Doha.

Qatar Airways Chief Executive Officer Akbar Al Baker said the addition of a second daily flight to Singapore was a key component of the airline’s growth strategy for the Far East.

“Singapore has been one of our best-performing routes in the entire region for a long time, with load factors consistently in the high 90s. The addition of a second daily service will allow Qatar Airways to grow the passenger market for inbound and outbound travel to Singapore,” said Al Baker.

“In 2010, Singapore experienced a record year in terms of economic growth and number of visitors to the city state. Qatar Airways is preparing to capitalise on these positive developments, which ultimately will translate to better services for passengers across our network.

“The Far East continues to be a key market for Qatar Airways. We see even greater potential to expand further into this region and are evaluating several new route options which we intend to launch over the next 18 months,” he added.


The airline’s existing daily service is operated using Boeing 777 aircraft with 42 flat bed seats in Business Class in a 2–2–2 configuration, and up to 293 seats in Economy Class in a spacious 3–¬¬3–3 layout with a seat pitch of up to 34 inches.

Qatar Airways’ second daily Singapore service will be operated using Airbus A330 wide-body aircraft in a two-class configuration of up to 30 seats in Business Class and 275 seats in Economy Class. 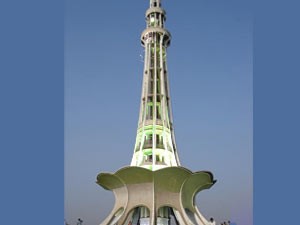 Minar-e-Pakistan is an important monument which stands in Iqbal Park. It is of great historical significance and stands at the exact same spot at which Muslim leaders proclaimed in 1940 that India had to be divided and a separate homeland for Muslims had to be created to ensure their safety. This structure is 60 meters high and is constructed of concrete with marble and stone walls and floors. Vis...