QE2 Will Not Sail To Cape Town

Plans to sail the Queen Elizabeth 2 (QE2) to Cape Town, South Africa for the World Cup football finals this summer have been cancelled.  Cape Town port authorities said there is not enough time to accommodate the ship for its required length at the city’s port.  The British ocean liner is currently berthed at Port Rashid in Dubai.  Istithmar World, the investment arm of Dubai World, owns the QE2.

Istithmar said last year it would send the QE2 to Cape Town where it would be used as a temporary hotel to accommodate an expected surge in demand for rooms during the World Cup.  However, yesterday, Istithmar said these plans are cancelled and no new plans are being made.  The company said in a statement they are considering a number of options for the QE2, and “Istithmar World is considering which option will best maximize value of the vessel.”  There is speculation that Istithmar World may sell off some assets, such as the QE2, because Dubai World is currently renegotiating US$22 billion (Dh80.8bn) of debt. 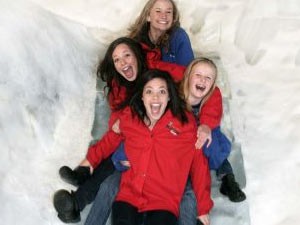 Experience the Antarctic way of life in Christchurch at the International Antarctic center. Fulfill your dream of getting on a snow mobile and racing across snow land here at the center which is fully acclimatized to the polar weather conditions. Inside you will find penguins, leopard seals, snow caves and a depiction of how life is at the Antarctic. The 4D cinema will take you on a thrilling icy ...

Assembly Hall was built in 1883 and has since changed names and functions. A chapel originally, it later became the venue for musical performances open to the public. Its fine acoustics and attractive building graced by traditional red tile roof, make it a popular place for visitors. Rue Bliss, Hamra Tel: +961 1 350 000. Website: www.aub.edu.lb ...