Protecting the welfare of the international maritime community 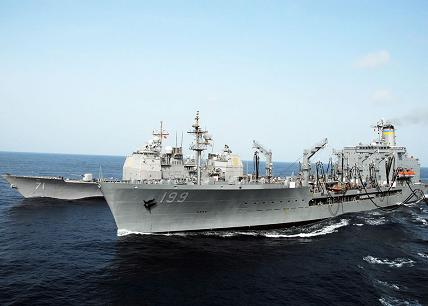 VICTORIA, Seychelles - The South Asia and Africa Regional Port Stability Cooperative (SAARPSCO) has established its world headquarters in Victoria, Seychelles, to protect the welfare of the international maritime community.

The Seychelles is achieving international acclaim for leadership in the global effort to predict and prevent threats to maritime security throughout the Indian Ocean region and beyond.

Under the stewardship of Lt. Col. Andre Ciseau, CEO of the Seychelles Ports Authority, Victoria is uniquely qualified as a vibrant port city to serve in this capacity. SAARPSCO recently held its third annual conference at Le Meridien Hotel Barbarons near Victoria; the Maldives and Mauritius graciously hosted the two prior conferences. Lt. Col. Ciseau was unanimously re-elected Chairman of the Board of SAARPSCO. Mr. Hans Niebergall, a German international business consultant and maritime attorney, was newly-elected president and CEO. The theme of this year’s conference was “Seafarers Cooperative Strategy for Safer Ports, Waterways, and Coastal Security.”

Upcoming events include a focused Global Maritime Information Sharing Symposium, which will be held in September, 2010, near Washington, DC with the participation of SAARPSCO. SAARPSCO is planning an international conference devoted entirely to piracy in March, 2011, here in the Seychelles.

Corporate sponsorship has also been robust, with many international corporations and governmental agencies pledging financial support, technical advice, aircrafts and other assets, as well as personnel. SAARPSCO has welcomed valuable cooperation from port administrations, customs, immigrations, and border control authorities, police, navies, the coast guards and businesses throughout the region.

SAARPSCO is already registered as an international non-profit organization (NGO) in the Seychelles, with an additional registration planned in California in the United States. This arrangement efficiently integrates the member nations into one cohesive international organization to best foster proper maritime governance and supply chain safety.

Minister Joel Morgan, the Minister for Home Affairs, Environment, and Transport and the chairman of the High Level Committee on Piracy said that “the collaboration between SAARPSCO and Seychelles is a welcomed advantage, which will strengthen our stance against piracy and other maritime threats in our region.”

The time and money saved by SAARPSCO’s programs will be immeasurable. One ship hijacking alone, whether obstructed by military intervention or resolved by ransom, can cost millions of dollars per incident and often poses extreme danger to merchant mariners of all nationalities. SAARPSCO’s true value is derived from investing minimal resources in a pre-crisis situation, avoiding an exponentially larger expenditure in the future.

The key to SAARPSCO is prevention, with the ultimate goal of promoting peaceful maritime trade and commerce. To this effect, SAARPSCO will also institute a maritime academy in the Seychelles for the advanced training and development of mariners and freight forwarders alike.

This is a mosque located on the outskirts of Makkah. It serves as a Meeqat, or point where one can make the intention for Umrah. The mosque is named after the Prophet Muhammad’s (SAW) wife, Aisha (RA), who while accompanying the companions on the first Hajj prayed at this spot to make intention for Umrah. SAPTCO buses run to and fro from this architecturally scenic mosque charging SAR 2. Private c...