A Miami Beach condo developer plans to build a new skyscraper with a robotic parking deck built in.

The Porsche Design Tower project will allow owners to ride their vehicles into a robotic elevator system that drops them and their vehicles at their doorstep.

The $560 million tower will rise in Sunny Isles Beach as part of a collaboration between Porsche Design Group and a local developer, Gil Dezer.

“After the resident pulls over and switches off the engine, a robotic arm that works much like an automatic plank will scoop up the car and put it into the elevator.”

“Once at the desired floor, the same robotic arm will park the car, leaving the resident nearly in front of his front door.”

The condo will have 132 units over 57 stories, with larger units sporting up to four parking spaces per unit.

What to do with Children in Tow in Muscat

What to do with Children in Tow in Muscat

Children’s Museum This museum was opened in 1990. It is a unique structure easily differentiated from its surroundings by its twin domes. The Children’s Museum is primarily a science museum with a focus on the environment and nature. For tourists travelling with their children, this is an ideal stop. The interactive exhibits are fantastic and children are able to participate in virtual tours....

In the south of the country lies the heart shaped Addu Atoll from where travelers, from Gan can cycle to three inhabited islands via a causeway. Addu Atoll is the main economic and administrative centre in the south of the country and is just a little smaller than Male’. It has a population of 28, 000 across seven islands. The biggest influence on Addu’s modern history has been the British bases, ... 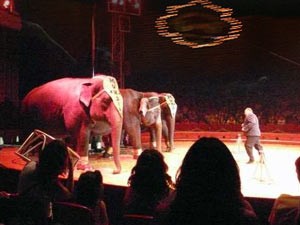 Located in Yulgukno, it is Seoul's most spectacular palace and was the pinnacle of power for centuries before it was devastated in 1592 by a Japanese invasion. It has been restored for the most part. Its grounds also hold the Joseon Palace Museum, and the Korean Folk Museum. Admission: 3000 won Opening Hours: 9am to 5pm except Tuesdays (The palace is used for shooting TV dramas)...