Pope Benedict XVI, who is German born and 82 years old, began an eight day pilgrimage to the Holy Land.  The Pope, who is leader of the world’s 1.1 billion Catholics, said he will be a “pilgrim of peace”.  He departed from Rome on a special flight to Amman and will then begin his trip to Jordan, Israel and the Palestinian territories.  He will face a variety of difficult religious and political challenges during his trip.

The Pope will first meet King Abdullah, then visit a center for the handicapped.  He is expected to discuss the issue of Iraq’s Christian minority during his trip.  Pope Benedict will also speak to Palestinians at a refugee camp in Bethlehem and visit Mount Nebor, where the Bible says God showed Moses the Promised Land.

With the job of overseeing the Medina, Dar Lasram is an 18th century mansion which manages all conversations in and out of the Medina. Home to the Association of Preservation of Medina, the historic palace is in possession of all plans, scribes, photographs and maps of this historic area. For all its worth, the mansion is definitely worth a visit for its beautiful courtyard, vaulted ceilings and b... 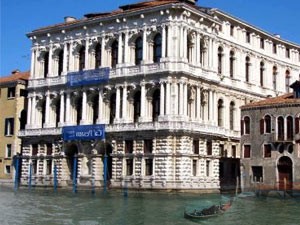 Located on the Grand Canal and housed in a late Renaissance palace, these two museums have an impressive collection of art. The first collection is the Museo d'Arte Moderna or the Museum of Modern Art. Here numerous works of art are displayed, most of which have been bought during Venice's own Biennale over the years. The artists displayed include Chagall, Kandinsky, Klimt, Miró, Henry Moore, Umbe...