Parks in Sharjah to remain closed in the morning 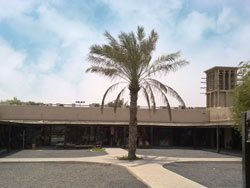 May 11 - According to a new rule implemented by the municipality in Sharjah, parks there will remain closed in the morning and open from 4 to 10pm, according to a new rule by the municipality. The ruling applies to weekends, Friday and Saturday, as well.
The decision was made after a number of complaints came from women who said they were not comfortable with the park employees staring at them. "The municipality cannot accept the responsibility of having its employees staring at women and making them feel uncomfortable," said Yaseen Mohammad, Head of the Agricultural Department in the Sharjah Municipality."To tackle this menace, the director general of the municipality has instructed all parks to be closed during the morning, and all parks have to follow the new system," he said. 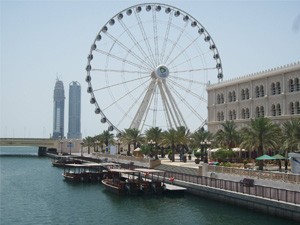 This strip, which runs on both banks of a canal and are linked by a twinkling bridge, has a great assortment of cafes, restaurants and family-orientated entertainment. The strip itself is a car-free zone and strolling is encouraged though be prepared for crowds on Friday nights and Saturdays. For a grand view of the city there is the Eye of the Emirates (Sun-Thu 4pm-midnight, Fri 4pm-1am, Sat 10am...

The International Spy Museum opened in July 2002 is the largest   public collection of spy- related paraphernalia and exhibits on some of the most prominent spies in history. It provides a global perspective on a unique and ‘invisible’ profession that has moulded history and continues to impact world events. It gives an insight on some of the most secretive espionage missions in world history and...